The last year we went without a Woody Allen movie was 1981. Maybe that's why Allen felt he needed to fit two into 1987. 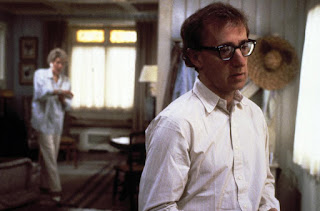 By the time Hannah and Her Sisters was winning Oscars, filming was already underway on Radio Days, a fact Dianne Wiest alluded to in her acceptance speech. Radio Days was already out by the time September was in reshoots - this according to Thierry de Navacelle's Woody Allen On Location. A year later, one would be up for Academy Awards, while the other would be tossed aside, doomed to become an "oh yeah" title in the writer-director's filmography. 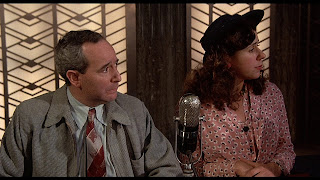 IMDb Synopsis: A nostalgic look at radio's golden age focusing on one ordinary family and the various performers in the medium.

Radio Days is the filmmaker's semi-autobiographical account of growing up listening to radio, as well as a fictionalized take on the stars and shows that dominated the medium. Written around the memories evoked by the music of his youth, Allen's plotless treat of a film is completely dependent on atmosphere, on his ability to recreate a time long gone, to bring nostalgia even to audiences who did not experience the period.

It's also one of his more sentimental; in fictionalizing his family, he can't help but bring about a wide-ranging affection that many of his films lack. A scene where his father and uncle join his cousin in lip-syncing a Carmen Miranda tune immediately strikes a chord: funny, sweet, intimate. Dianne Wiest's aunt character, unlucky in love but ever optimistic about it: a heartbreaker, a joy, bittersweet - she was nominated at the BAFTAs! The family coming together over a national tragedy just moments after a fierce quarrel: real, sobering, effective.

The subplots with the radio stars themselves, mostly revolving around a cigarette girl climbing the ranks of stardom, do not pop as much. Such is the risk with episodic films like these: the energy ebbs and flows. Still, the period detail in these sequences is something to behold. The rooftop scenes overlooking Times Square, neon flashing everywhere, make a great showcase for production designer Santo Loquasto and cinematographer Carlo Di Palma, and the various print ads and jingles for fictional products ("Get Regular with Re-Lax!") ring authentic. 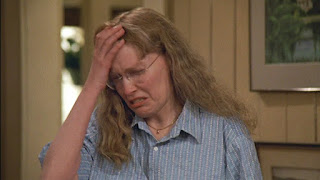 IMDb Synopsis: At a summer house in Vermont, neighbor Howard falls in love with Lane, who's in a relationship with Peter, who's falling for Stephanie, who's married with children.

One of Allen's underseen works, and yet also one of the more infamous in his filmography. Wanting to shoot a chamber piece, Allen made the film - all a single set, six actors - with Mia Farrow, Dianne Wiest, Jack Warden, Charles Durning, Sam Shepard (who replaced Christopher Walken), and Mia's mother Maureen O'Sullivan. In the editing room, Allen felt something wasn't quite working, and since he always budgets for reshoots, he took advantage. By reshooting the entire movie. This time, Farrow, Wiest and Warden appeared alongside Denholm Elliott (says Allen, "I had miscast [Durning]"), Sam Waterston ("Shepard is not that interested in acting") and Elaine Stritch ("I wasn't happy with [O'Sullivan's] performance").

The result is a beautifully-shot, ponderous drama revisiting many of the same themes and tensions from both 1978's Interiors and 1986's Hannah and Her Sisters: the antagonism and co-dependence between mother and daughter, the yearning to create while lacking in talent, artistic integrity vs. marketable product, Dianne Wiest wanting to knock boots with Sam Waterston. Here, most of the tension revolves around Mia Farrow's wet dishrag of a character, pining after one man, beloved by another, and all the while hating her famous actress mother. Elaine Stritch plays momma with the right blend of bulldozing joie de vivre and self-centered concern; it's a shame Allen couldn't find (or write!) more roles for her, as she easily walks away with the movie. Not bad for a replacement!

Hilariously, Woody Allen denies being inspired by the story of Lana Turner and her abusive gangster beau Johnny Stompanato, even though one of the key storylines the memory of Farrow murdering her actress momma's abusive gangster beau when she was 15. That is word-for-word the famous scandal that plagued Lana and her daughter Cheryl Crane, and Allen's odd refusal to credit it accordingly is perhaps part of the reason why it doesn't work. It's jarring and dishonest against the otherwise subdued story.