The following films should be easy to remember - they are, after all, only one word apiece! 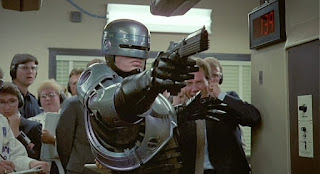 Ten more, including Predator and Mannequin, after the jump... 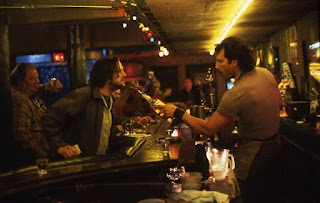 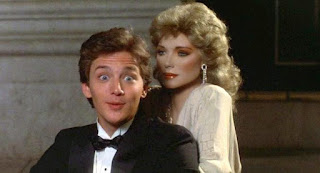 Struggling artist finds inspiration, romance from a mannequin who only comes to life for him. The sincerity of Xanadu with the comic snap of a 1930s screwball comedy, you'd have to be heartless not to see this movie for what it is: smart, sexy, clever, deeply uncynical, with a kickin' soundtrack. God bless Hollywood Montrose! 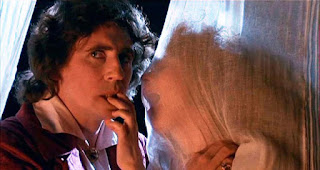 A speculative telling of the night that inspired Mary Shelley's Frankenstein. Always here for Russell's dreamscapes, though sparse production values hint at budgetary constraints. As usual for Russell, the ladies stand out: Natasha Richardson and Myriam Cyr. 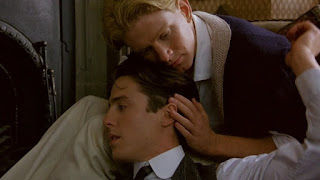 A young Englishman comes of gay in the years before WWI. A queer period piece determined not to be a sob story. Maurice development interesting: selfish and thoughtless, yes; true to and aware of himself and his identity, also yes. Carefully observed relationships, social mores. Intriguing hints of other closeted characters (even to themselves?) on the sidelines, remembering that all have their own story. Passionate score. Delicious costumes, sets. Delectable Rupert Graves. 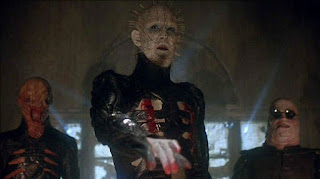 Hellraiser
dir/scr: Clive Barker, based on his novel The Hellbound Heart

Undead bad'un on run from underworld torture-lovers convinces ex-mistress to resurrect him via human sacrifice. Except for the grisly makeup effects, a surprisingly dull feature with so-so performances. Cenobites' reveal almost worth the wait, gotta admit. 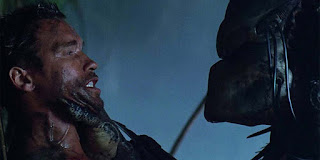 Tough commandos are hunted in the jungle by an extraterrestrial force. Awesome fun, parodically masculine. Effects and makeup hold up, in a grand "BUT HOW?" way. 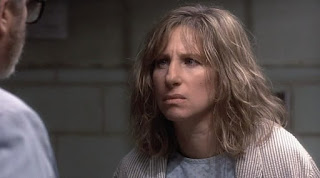 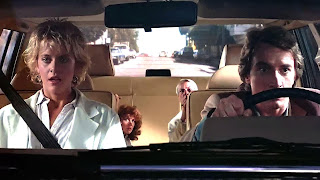 A hotshot pilot is shrunk and accidentally injected into a neurotic grocer. A fun-filled treat, from the effects to the imaginative screenplay to the livewire performances! Just wow!

Modern take on Cyrano in which big-nosed local hero falls for newly-arrived beauty. Martin in fine form: hilarious, self-deprecating, romantic. Generous to all characters/co-stars, making sure everyone is defined, some with a broader brush than others, though not unrealistically so. So simple and gentle, yet possesses an underlying depth of feeling. 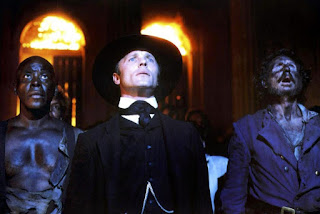 True story of an American mercenary who became president of Nicaragua. Meant to shed light on and mirror the Iran-Contra scandal (the film was released just one month after a congressional investigation committee published its report on the matter). Anachronisms abound to further parallel: unnecessary, half-committed. Ed Harris a force to be reckoned with, but arcs, genuinely interesting historical beats are trashed or rushed to make room for directorial showboating. I could applaud the effort if it was in any way illuminating. A missed opportunity.