For the first time in its history, the Best Director lineup at the Academy Awards had no room for Americans! That was the controversy at the time, at least, and became the subject of many an article about the nominations. It's perhaps a wee overstated: this isn't exactly a group of Hollywood outsiders, and even the ones that were wouldn't remain so for very long.

Canada's Norman Jewison already had five Oscar nominations at this point, while Britain's John Boorman was previously up as producer-director of Deliverance; his fellow countryman Adrian Lyne gave the world Flashdance and 9 1/2 Weeks. Sweden's Lasse Hallström was a newcomer, but he adapted very well to Hollywood life: two Best Picture nominees (The Cider House Rules, Chocolat), two Nicholas Sparks flicks (Dear John, Safe Heaven), and two more "dog" pictures (Hachi, A Dog's Purpose). Italy's Bernardo Bertolucci, though nominated for The Conformist and Last Tango in Paris, always did his own thing, more of an outsider. But not on this Oscar night...


Deserved? Let's talk after the jump... 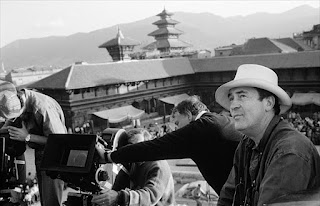 Bernardo Bertolucci for The Last Emperor
*****

Large-scale intimacy. The sheer size of the physical production - the sets, the costumes, the number of extras, everything one associates with a historical epic - only further emphasizes the isolation of the emperor Pu Yi. Bertolucci brings an outsider's wonder and a universal humanity to his, and our, understanding of the story. And yes, he does also provide some stirring, sensual tangents. 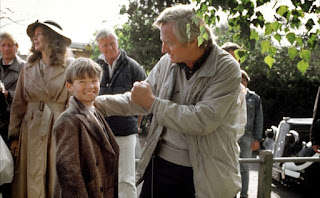 John Boorman for Hope and Glory
*****

Avoids the missteps of other episodic semi-autobiographies, not by giving each "episode" equal weight, but by subtly allowing each development, even if never alluded to again, to inform the relationships in the rest of the film, a growing awareness that mirrors the young protagonist's own growing up. Deceptively observational, the volume of its warmth and humanity sneaks up on you. 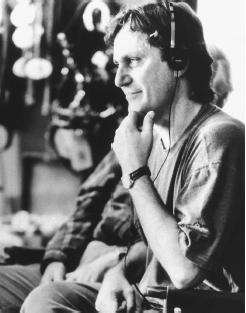 Lasse Hallström for My Life as a Dog
***

If I could use one word to describe the overall tenor of his filmography, I would say "friendly". No matter the subject - and here, he tackles the loss of a parent and a wide range of sexual, or sexually-tinged, situations centered around a child - Hallström makes it all go down palatably, inoffensively. That's a talent! 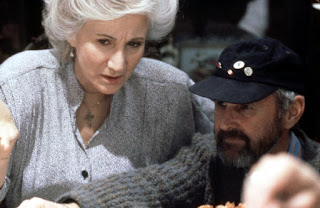 What can't he do? Moonstruck often goes from understated to over-the-top, sometimes within a single scene - look no further than Nicolas Cage as Ronny - but Jewison makes everything sing in perfect harmony. That's the magic of Jewison: he loves people and he makes you love people. In his hands, the film is effectively comic, romantic, and human. 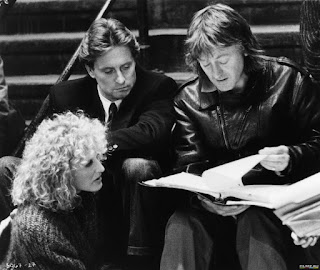 From erotica to slow-burn thriller to grand guignol crazypants horror, Lyne deftly takes Fatal Attraction through all its iterations inexorably. No easy task, especially considering the finale had to be re-worked from quiet devastation to outlandish vengeance. Lyne makes it all go down easily.

I do love what Boorman brought to his film, but I have to agree with the Academy and give my vote to 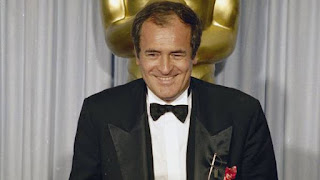 BERNARDO BERTOLUCCI
for
THE LAST EMPEROR

Tomorrow, we're looking at the screenplays - yes, all of them!