These were all based on books. 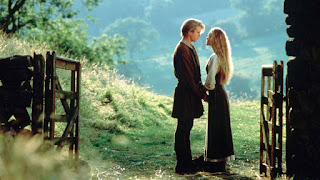 Full Metal Jacket, The Living Daylights, and more, after the jump.... 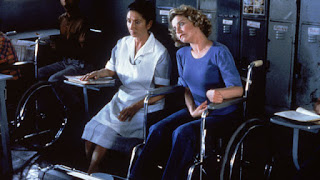 The true story of Mexican-Jewish author-activist Gabriela Brimmer, born with cerebral palsy and only able to control her left foot. The source material is not credited but Brimmer's co-author is, and the device of Gaby's mother and caretaker narrating the story is kept. Frank, eschewing melodrama and sentimentality. Fine performances, beautiful cinematography. Wish I saw more of her activism and advocacy. 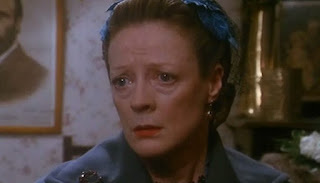 Lonely spinster strikes up friendship, hopes for romance, with frustrated Irish-American boarder. Could this be Maggie Smith's finest performance? She's shattering here, a far cry from the confident bon mot-tossers we're used to seeing from her. It's a fine ensemble surrounding her, too, from the shady Marie Kean to the patient Prunella Scales. 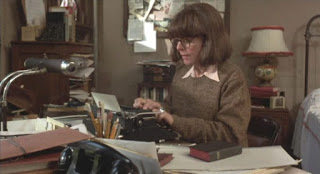 84 Charing Cross Road
dir: David Jones
scr: Hugh Whitemore, based on the book by Helene Hanff and the play by James Roose-Evans

True story of American writer Helene Hanff's 30-year correspondence with British bookseller Frank P. Doel. An engrossing romance of the written word, showing the power of the books we read and the letters we compose. Passionate! 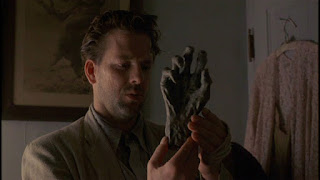 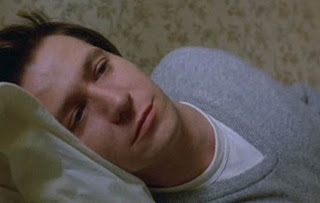 Prick Up Your Ears
dir: Stephen Frears
scr: Alan Bennett, based on the biography by John Lahr 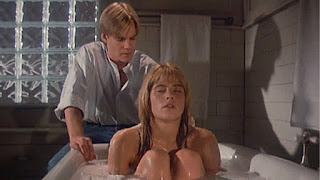 Flowers in the Attic
dir/scr: Jeffrey Bloom, based on the novel by V.C. Andrews

Following their dad's death, a mother brings her children to live with grandmother - who locks them in the attic. A guilty pleasure. You have to watch it. I think I've seen it...four or five times? 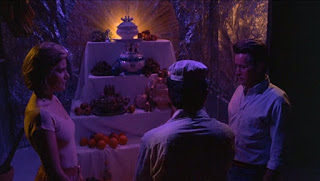 The Believers
dir: John Schlesinger (!!!!)
scr: Mark Frost, based on the novel The Religion by Nicholas Conde

Police psychiatrist suspects a voodoo-type cult is targeting his son for sacrifice. I actually read this book a year ago, not knowing that the two were related. The book is racist as hell, and the movie isn't much better, but shockingly...it also removes all agency from the non-white characters while simplifying the motives of the central antagonists into something more cynical - in the film, whites manipulate Santeria to gain power; in the book, many use Santeria as a means to deter nuclear war. It does improve on the protagonist: in the book, he's an anthropologist flummoxed by human behavior. Women remain an afterthought. Hokey, dumb. Would absolutely watch again just to show people it exists. 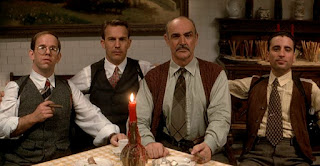 Agent Eliot Ness gathers a team to bring down Al Capone in Prohibition-era Chicago. De Palma, you done done it again! Packed with thrills! Violence! Humor! Justice! Sean Connery refusing to do a Chicago accent and getting away with it! Robert De Niro chewing the scenery! Long takes ending in brain matter splattered everywhere! Ennio Morricone rocking the hell out of it! A crowdpleaser. 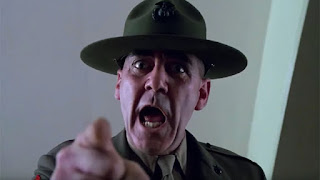 Never know how I feel about this one. The first act is the most famous, thanks to R. Lee Ermey and Vincent D'Onofrio's performances as the tough-as-nails drill sergeant and the private whose life becomes a living hell. Then there's the last bit where a troop is hiding out from a sniper, which is great. And it's all in service, not so much for a "war is hell" message so much as a "what animals, what monsters we become in the name of God and country." But it never feels like a single, cohesive film. The tangents get the better of Kubrick here.

Email ThisBlogThis!Share to TwitterShare to FacebookShare to Pinterest
Labels: 1987, 84 Charing Cross Road, Flowers in the Attic, Full Metal Jacket, Gaby: A True Story, Prick Up Your Ears, reviews, The Lonely Passion of Judith Hearne, The Princess Bride, The Untouchables