Today, we take a look at Best Director. By now, you should be somewhat familiar with the films involved: the actor-goes-nuts drama A Double Life, the anti-anti-Semitism polemic Gentleman's Agreement, its B-picture equivalent Crossfire. The only ones we have not gone into detail about so far are The Bishop's Wife, in which an angel comes to Earth to help a disillusioned bishop and his wife, and Great Expectations, which I assume most of us know from our Dickens. If you don't, it's about a poor boy who becomes a well-off young man thanks to a mysterious benefactor; the most famous element is a wealthy woman forever encased in the wedding dress she wore when she was jilted many many many years ago.

The nominees should be familiar to us all. George Cukor was a favorite of Katharine Hepburn's and was one of the initial directors of Gone with the Wind. A Double Life was his third of five nominations, and he eventually won for My Fair Lady. Edward Dmytryk helmed many a noir, but this would be his first and only nod; better known is his status as one of the original Hollywood Ten held in contempt of Congress during the red scare, who saved himself from the Blacklist by later naming names. Elia Kazan received his first nomination for his fourth film - and won! 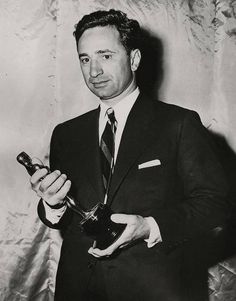 He went on to four more Best Director nods, one of which resulted in a second win, but more importantly, he became known as one of the great directors of the 1950s - and, yes, all time. He was unapologetic about naming names to the House Un-American Activities Committee, something that caused a bit of a rift in the audience of the 71st Academy Awards, where he received an Honorary Oscar.

Henry Koster did great and acclaimed films like Harvey, My Cousin Rachel, The Robe, Flower Drum Song...those all came after his nomination for The Bishop's Wife, his first and only. And David Lean would become known for his epics, winning Oscars for The Bridge on the River Kwai and Lawrence of Arabia. In all, he received eleven Academy Award nominations.

But let's talk about their work in these movies. Let's do that after the jump. 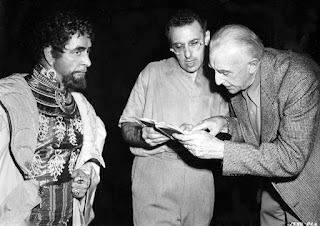 Visually and aurally captures the fragmenting of a mind slipping into madness, never overplaying it even as such "episodes" become more surreal. When Colman's onstage as Othello, actually strangling his wife as Desdemona, Cukor holds it for almost too long, gets every reaction possible from the audience and the backstage - and we are terrified, our own breath caught in our throats. Real suspense, real wit, real filmmaking. 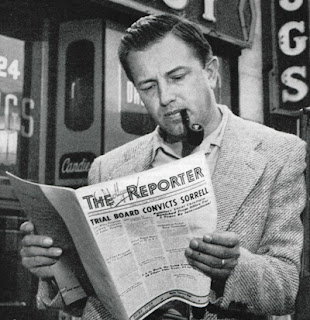 A bitter undercurrent, but otherwise there is a listlessness that belies the subject matter - indeed, that final speech against anti-Semitism plays as more annoyed than outraged. Despite that added substance, and a line here or there about what soldiers are supposed to do once the fighting's stops, it does not feel like Dmytryk's heart is in it. 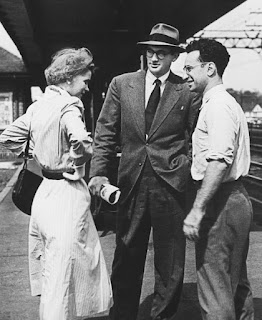 Also dealing with anti-Semitism, Kazan fares a little better. He holds on shots before his actors can fully react, letting the audience feel every moment of tension. Everyone who gives a special speech gets a special closeup with special lighting. The script may be odd, the performances inconsistent, but Kazan at least makes the movie feel important. 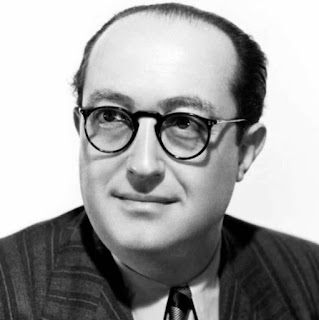 Henry Koster for The Bishop's Wife

When you're telling a story about angels and miracles, there should be a sense of wonder, of the divine; the scales should from our cynical eyes so that we can see all the hope and beauty the world can offer. Koster achieves this, wringing tears and real sentiment without seeming to manipulate us. It's a light touch, and an effective one. 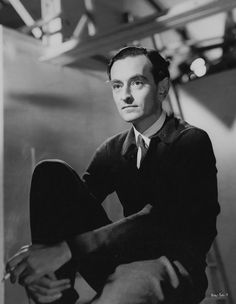 Hard to get the opening act out of one's head: the churchyard, the marsh, Miss Havisham's decrepit mansion - Lean's little bit of Gothic Horror, mesmerizing and, clearly, haunting. He does Dickens proud with the supporting cast, every Herbert Pocket or Mr. Jaggers or Joe Gargery just as indelible as on the page. The casting of Valerie Hobson is a stumble, though; she just isn't magnetic in that way.

Kazan was part of that Gentleman's Agreement train - I disagree with those results, and award my vote to... 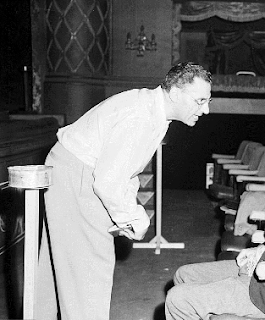 GEORGE CUKOR
for
A DOUBLE LIFE

Next time, many of these films reappear as we go through the nominees for Best Screenplay and Best Motion Picture Story: Boomerang!, A Cage of Nightingales, Crossfire, Gentleman's Agreement, Great Expectations, It Happened on Fifth Avenue, Kiss of Death, Miracle on 34th Street, and Smash-Up: The Story of a Woman.