An Honorary Oscar was awarded to Charles S. Boren, who for almost 40 years worked to improve labor relations in the industry - 'twas he who negotiated the five-day workweek, pension plan, and nondiscriminatory policies - presented by Richard Walsh. Following that, spouses Robert Wagner (of Madame Sin) and Natalie Wood (who cameoed as herself in The Candidate) announced Marjoe as the Best Documentary Feature of the year. Marisa Berenson (of Cabaret) and Michael Caine (nominated for Sleuth) awarded Best Costume Design to Travels with My Aunt's Anthony Powell. Eccentric legend and past Oscar winner Greer Garson came out with Laurence Harvey (of Escape to the Sun) to give Cabaret its fourth award of the night, this time Best Art Direction. Now came the Music Categories, starting with the Original Dramatic and Musical/Adaptation Score nominees. Burt Reynolds (of Deliverance) and Dyan Cannon presented.
There is a lot happening in the Original Score category this year. The winner is Charlie Chaplin's Limelight, a 1952 film about a fading music hall performer and his romance with a suicidal ballerina. Because of Chaplin's politics and legal struggles, it took twenty years to come and play in Los Angeles theaters (it played in New York, though, and was cited in 1952 by both the New York Film Critics Circle and the National Board of Review). It was Chaplin's only competitive Oscar win and instigated a rule change where the time between a film's initial release and LA release had to be a much smaller window.
The Godfather originally received eleven nominations, the highest of any movie that year. Nino Rota's score was later rescinded when it was discovered that the "Love Theme" was a new arrangement of a theme he wrote for 1958's Fortunella. Now, I think there's plenty of other music besides the "Love Theme," but it seems so did the Academy - they allowed the Music Branch to vote one more time from a smaller pool of shortlisted titles. They changed their minds the second time around - Sleuth took the film's spot. Oddly, The Godfather: Part II would later win this category in 1974, despite being made up of arrangements of the original's themes and old Italian standards.
Here's what wound up getting nominated:
Images
John Williams
****
previous winner, fifth of forty-seven nominations for scoring
The film is one in a long line of American auteurs experimenting with Bergman-esque plunges into the fractured female psyche. Here, Robert Altman has Susannah York as a children's book author in the middle of a nervous breakdown while vacationing in the country with her husband. John Williams' score reflects York's mental state, even as it sweeps into a romantic, foreboding theme. Something about pianos, man. I imagine he'd have gotten nominated even without the chilling sound effects composed by the unnominated Stomu Yamash'ta, though I do think they push it up a notch.
Limelight
Charles Chaplin / Raymond Rasch / Larry Russell
***
first and only nominations for scoring
Chaplin's very 1952 romantic drama is a strikingly odd fit among the rest of the Class of 1972, but it seems everyone in the Academy accepted that this would probably be their last chance to honor one of the original founders of Hollywood. I'm personally not a fan of the film, but the music is right in his dreamy, heartstring-tugging wheelhouse.
Napoleon and Samantha
Buddy Baker
**
first and only nomination
Disney film about two children (though mostly focused on Johnny Whitaker) who run away after the boy's grandfather dies...along with a circus lion. A really nice film with a young Michael Douglas riding a motorcycle and tiny Jodie Foster in her film debut. Kind of a stock-sounding score, cuing everything as necessary, not very memorable.
The Poseidon Adventure
John Williams
*****
sixth of forty-seven nominations for scoring
The all-star disaster spectacle about a ship that gets turned upside down and the passengers who make their way up to the bottom in order to survive! Like Newman's Airport score, this is what pushes an already handsomely-mounted film into the big leagues. It's pulsing, epic, you feel your hair standing on end just listening to it. Love it.
Sleuth
John Addison
****
past winner, second and final nomination
Filling in for The Godfather is Addison's score for the thriller Sleuth, in which a mystery author plays a game of wits with and against his wife's young man. If you're going to sub in for Rota's masterpiece, you could do worse than this one. It's as mischievous as the film it's written for, perfectly attuned to Andrew Wyke's (Laurence Olivier) sense of nasty fun. An influential one, too - you can hear the skeleton for Nathan Johnson's Knives Out score in this one. Addison would go on to compose the theme for Murder, She Wrote, the genius.
------------------------
A category where the winner was my second-least favorite. My own vote goes to: 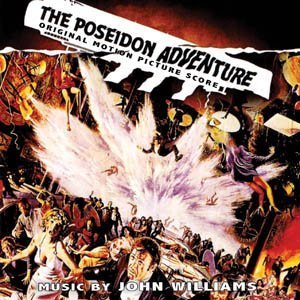 JOHN WILLIAMS
for
THE POSEIDON ADVENTURE
And as for the Musical Category
Cabaret
Ralph Burns adapting the music of John Kander
*****
first of three nominations
Cabaret does the most in adapting its source material for the screen. All the musical numbers outside the Kit Kat Club are cut, but not dispensed with; instead, they appear as diegetic music throughout. There's a new "Money" song, but the original one, "Sitting Pretty," is used as a musical sting. All of Fraulein Schneider's songs, and the character of Herr Schultz, are gone, yet their duet "Married" is repurposed to play as a romantic (yet ironic) melody where appropriate. "Married" and "The Pineapple Song" are also heard as phonograph records. It's a clever way to use the entire stage score in addition to the new one.
Lady Sings the Blues
Gil Askey adapting the music of various composers
***
first and only nomination
Nominated both for the new arrangements adapting the discography of Billie Holiday to suit the talents of Diana Ross and for Michel Legrand's very good original score.
Man of La Mancha
Laurence Rosenthal adapting the music of Mitch Leigh
****
second and final nomination
A surprising nomination, considering 1776 was also available and Man of La Mancha was a bomb with critics and audiences. Arthur Hiller is an unexpected choice to direct a musical, and his visual instincts prove to be alternately uninspired and OK. The performances, however, are superb, and the arrangements of the musical's score are well done - I mean, listen to that! Don't you want to march out and tilt at some windmills?
----------------------------------
There's no contest, the Academy was correct, everyone's vote should go to: 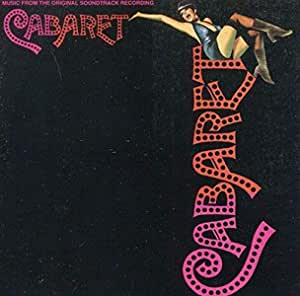 RALPH BURNS
for
CABARET
Tomorrow, the nominees for Best Original Song: Ben's "Ben," The Life and Times of Judge Roy Bean's "Marmalade, Molasses, and Honey," The Little Ark's "Come Follow, Follow Me," The Poseidon Adventure's "The Song from The Poseidon Adventure," and The Stepmother's "Strange Are the Ways of Love."
You May Also Enjoy:
ZergNet
Like us on Facebook
Posted by Walter L. Hollmann at 3:59 AM