Talk about thinking with your dick.

Then there's Ava Gardner -- few considered her a good actress, all considered her one of the sexiest sirens to ever hit the screen. The first we see of her in Mogambo, she's in the shower, rebuffing Clark Gable -- but you know from her body language (cue Ursula) that she's open to a roll in the sack. A great performance, though.

Another great performance? Deborah Kerr in From Here to Eternity. Her persona was positively virginal; here, she's an adulterous wife getting hot and heavy in the sand with Burt Lancaster. Va-va-voom! A big star, she's here in the Lead category -- though in my mind, she's strictly supporting.

None of these are bad performances, but when three of these roles have sex at the forefront, and three of them are wispy dream girls (look at you, Maggie McNamara, getting into both categories), it ain't exactly the talent that's being evaluated here. Especially when, waiting in the sidelines, is 50-year-old Jean Arthur being amazing in Shane, but you know. Not sexy enough.

But there's no sense in getting huffy -- these are all fine performances. Here are the nominees for Best Actress... 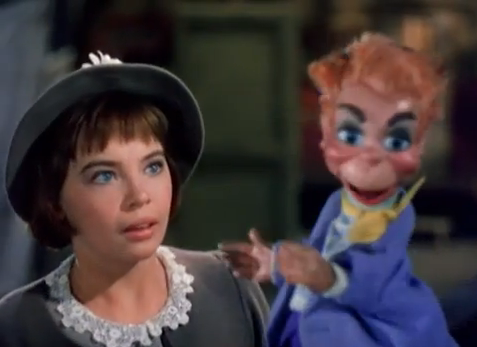 Caron is every bit the wide-eyed innocent -- so sincere is her belief in the puppets, you start to believe it! I believed every moment of Caron's performance -- which means I also believed that Lili is kind of dumb. To be fair, they establish her age as 16, and Caron does a fine job playing the role without becoming too irritating, but I don't think she ever gets past the surface of this character. Ah, well -- these were early days, and she would prove her worth in the coming years. 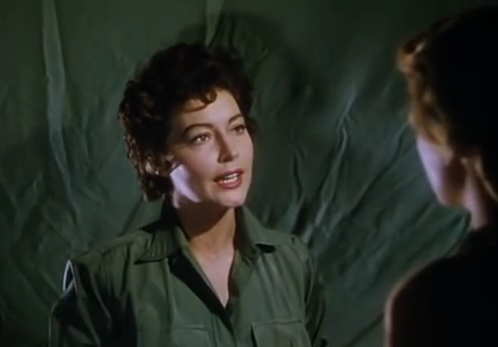 Ava Gardner in Mogambo
*****
Yes! Gardner's performance would be among the best in any lineup, proof once again of her undervalued thesp skills. Here, she plays a salty nightclub singer marooned with tough guy Clark Gable, who she carries on a light, romp of a romance with. Then Grace Kelly enters the picture... With a throaty chuckle, boozy mouth, and knowing eyes, Gardner keeps the pulse going, but she's also added the layers that some of her fellow nominees are missing. She's jealous and empathetic, cynical and romantic, rough and tender. It helps, of course, that she's been asked to play more than just Harlot with a Heart, but I feel she'd add that anyway. Ava never disappoints. 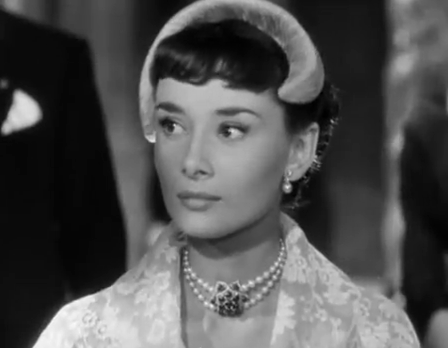 A strong debut from Hepburn. She already sparkles on screen, a picture of elegance, surprising with her  on-point comic timing -- from that first meeting with Gregory Peck, to her regal walk across a waiting carriage (she may be playing the commoner, but girl is still a princess). Her genuine enthusiasm is contagious, like when she gets her hair cut. And the final scene -- some actors, some nominated actors, telegraph too openly emotions that she gets across with more subtlety. 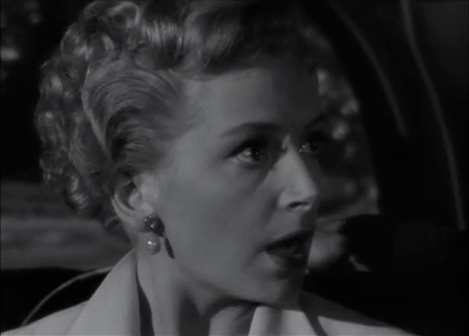 Deborah Kerr in From Here to Eternity
***

I'd call this more of a supporting role -- is it me, or does she have less screentime than Supporting Actress winner Donna Reed? -- but that's neither here nor there as far as quality goes. Kerr's great as the frustrated, no-longer-loving wife who falls in love with Burt Lancaster. She's tired -- of her marriage, of disappointment, of marking time -- and then Lancaster comes along and she almost can't believe that there's a spark of something else. She's a tower of strength, fighting against some of the men's preconceived notions about her, rolling with the punches, etc. I'm not a big Kerr fan, but I have a hard time denying that this was a fine moment for her. 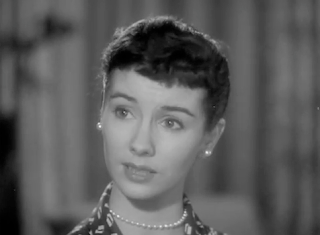 Maggie McNamara in The Moon is Blue
****

Oh my God, she's so weird. McNamara's bizarre inflections sell this unusual person, a virgin cocktease stringing along two hounds, seemingly unfazed, all the while in over her head. Maybe. I don't know that she completely sells the love story with William Holden -- call me nuts, but I was rooting for her and David Niven -- but her performance definitely made me want to see more of her.

Hepburn won -- that's cool, but a little crazy. Especially when, clearly, the winner should have been... 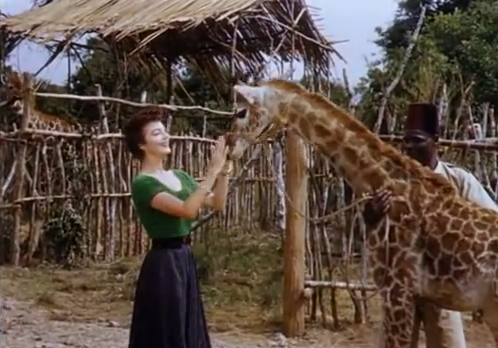 It's so obvious that I'm shocked it didn't happen.

Monday: Yes, finally, I run through Oscar's choices for Best Picture of the Year: From Here to Eternity, Julius Caesar, The Robe, Roman Holiday and Shane. An odd group, but a fascinating one.

Mmh, I need to re-watch Mogambo soon since many people who analyse this year praise her but I thought she was only serviceable in a thankless role...