It's here! My look at the Academy Award nominees of 1953 is here!

Our journey begins with the nominees for Best Art Direction-Set Decoration, Black-and-White. Ah, yes, that era when the color line divided Costumes, Art Direction and Cinematography. It makes sense -- color really does have the edge when it comes to those first two, since it can use reds and blues and greys to make a statement.

But those black-and-white artists weren't just putzin' around, as you'll see. 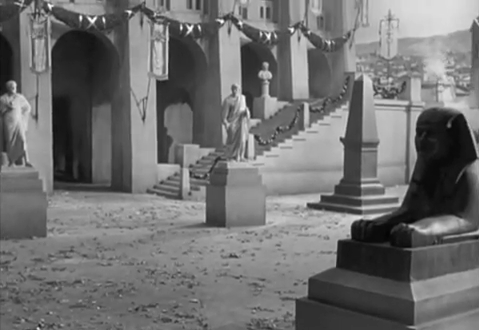 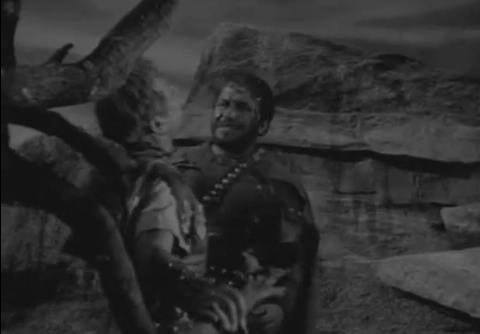 Love that busts of Caesar and other great leaders sit alongside obelisks and sphinxes, a nod to that Special Relationship between the Roman emperor and Cleopatra. Also love the gnarled, lonely trees that serve as backdrops for sword deaths. 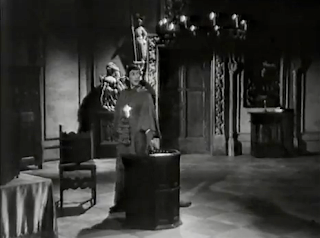 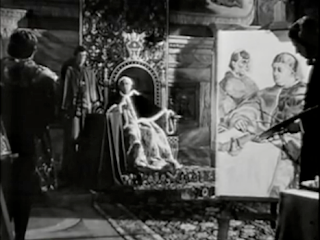 Ah, the details -- from the spare furnishings of the holy man to the elegant trappings of the monarch, medieval trappings that look and feel lived-in, not set design. Is it the modest budget that helps make it so? Perhaps -- but talk about using your resources to your advantage!

I can't even buy this off Amazon! What in the hell! 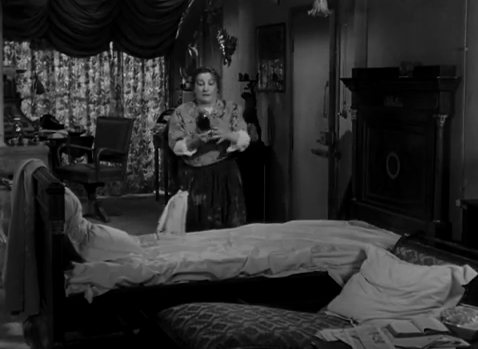 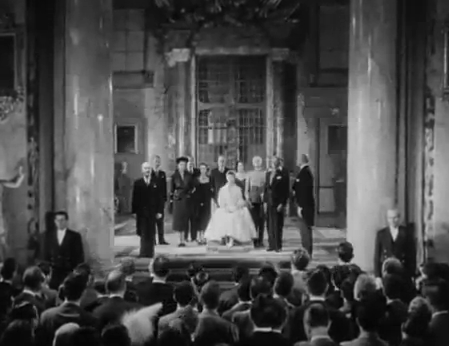 From Peck's flophouse digs to Hepburn's regal ones, everything's on point. But I'm always iffy about a design nomination for a film that's mostly locations. 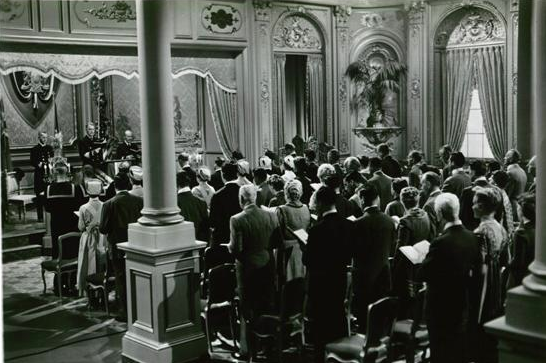 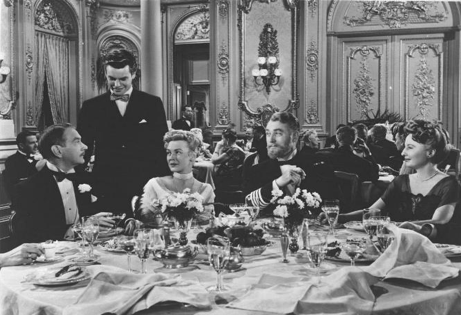 The elegance of that ocean liner is fully realized -- and would eventually be reused for other studio films that needed a cruise ship! Long before Cameron's ship set sail, we had this Titanic -- just as opulent and ostentatious, just as vivid, just as grand. And points, too, for that iceberg!

The Academy gave this Oscar to the team from Julius Caesar. It was the tenth win for art director Cedric Gibbons, who we will discuss further next week -- after all, he was nominated thrice in the color equivalent of this category!

But while I certainly appreciate and applaud the work on Julius Caesar, I have to bestow my vote upon... 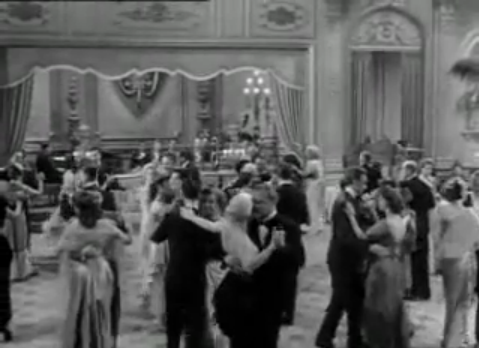 Tomorrow, the nominees for Best Motion Picture Story: Above and Beyond, The Captain's Paradise, Little Fugitive, Roman Holiday, with a bonus detour to Hondo.