The final writing category was, then, simply known as Screenplay, cluing us in to the fact that the nominated scribes were not the originators of these tales, but the ones who knew how to flesh them out for cinematic purposes.

In retrospect, the idea of dividing the categories between Original and Adapted seems kind of obvious. Alas, this would not be done until 1956, which meant another coupla confusing years where original properties like Love Me Or Leave Me were nominated beside true adaptations like East of Eden.

Thus this lineup. Although let me quell those fears -- this is just a curious lineup. As far as quality goes, it's actually pretty legit!

The Cruel Sea, screenplay by Eric Ambler, from the novel by Nicholas Monsarrat
*****

An intimate look at the lives of British sailors in war time. Beautifully subtle and precise -- we get to know much of the ensemble in moments, both on the ship and, though less so, while on leave. The failing marriage of one is summed up in two brief, wrenching scenes; the blossoming romance of another, similarly. The relationship between the Commander and his First Officer grows, but not by leaps and bounds, or in huge moments. You know these people.

From Here to Eternity, screenplay by Daniel Taradash, from the novel by James Jones
****

The language is cleaned up, the references to brothels excised, and one of the baddies is rightfully punished -- so why does it still feel like a gutsy, gritty, adult piece? I blame it on the superb characterizations, the frank dealing with adultery and hazing, and the push for humanity, when melodrama was so readily available. Kudos!

Lili, screenplay by Helen Deutsch, from a story by Paul Gallico
***

Correct me if I'm wrong -- this is the only original screenplay here, correct? Seems odd that it does not compete in Story/Screenplay, but I'm not altogether clear on where the Academy drew the line. Anyway, it's a perfectly lovely screenplay.

Shane, screenplay by A.B. Guthrie, Jr., from the novel by Jack Schaefer
*****

The whole scene where cattleman Ryker arrives at the Starrett ranch with his hired gun -- he makes his case for his rule of the land, Jean Arthur strikes back -- that alone would merit a nod. But I'm also a huge fan of any film that employs a large ensemble, with each character distinctly their own. No excess. Just perfect.

Again, From Here to Eternity made off with the trophy -- and it isn't hard to see why! But I see things a wee differently, and firmly support.... 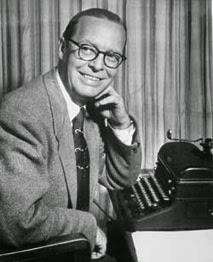 Tomorrow: the nominees for Best Original Song -- The Caddy, Calamity Jane, Miss Sadie Thompson, The Moon is Blue and Small Town Girl. And you know how contentious Original Song can be....