And so begins the first day of the Retro Hollmann Awards of 1953!

It was a long process, a marathon of "this one, no this one!" Constant changes, choices worthy of Sophie. Finally culminating in what you now see here.

What did I have to choose from, though? You know I saw more than just the Academy Award Nominees. Here is the complete list of 1953 releases I saw, in alphabetical order:

The 5,000 Fingers of Dr. T
Above and Beyond
All the Brothers were Valiant
The Band Wagon
Battles of Chief Pontiac
Beneath the 12-Mile Reef
The Big Heat
The Bigamist
A Blueprint for Murder
Calamity Jane
Call Me Madam
Captain Scarface
The Captain's Paradise
City That Never Sleeps
The Cruel Sea
The Desert Rats
Fear and Desire
From Here to Eternity
Gentlemen Prefer Blondes
Girl on the Run
Glen or Glenda?
The Hitch-Hiker
Hondo
House of Wax
How to Marry a Millionaire
I, the Jury
I Confess
The Importance of Being Earnest
Invaders from Mars
Jennifer
The Joe Louis Story
Julius Caesar
Kiss Me Kate
Knights of the Round Table
Lili
The Limping Man
Little Fugitive
The Man in the Attic
Man on a Tightrope
Martin Luther
The Maze
Miss Sadie Thompson
The Mississippi Gambler
Mogambo
The Moon is Blue
The Naked Spur
Niagara
Peter Pan
Pickup on South Street
The Robe
Roman Holiday
Salome
Seminole
Shane
Sins of Jezebel
Small Town Girl
Stalag 17
The Story of Three Loves
Titanic
Torch Song
Vicki
War of the Worlds
Wicked Woman
The Wild One
Young Bess


That's a total of 65 films, the usual amount for the Retro series. I know that seems low, but I do what I can.

The first six categories, for a total of 18, are: Best Sound, Best Visual Effects (an honorary award to War of the Worlds, that year, but I'll give it a full category), Best Supporting Actor, Best Costume Design, Best Ensemble (not an Academy category), and Best Editing!

BEST SOUND
3. Calamity Jane
Charles David Forrest/Stanley Jones, sound
The stagecoach rumbles, shots are fired, and all the while, Doris Day is singing to a full orchestra.

1. The Cruel Sea
Stephen Dalby, sound supervisor
The subtle creaks of a ship, slaps of the waves; the not-so-subtle explosions; and the dead silence that their lives depend on, suddenly broken by a falling wrench.

2. Niagara
W.D. Flick/Roger Herman, sound
The bells ringing in the distance, the phonograph getting progressively louder as we follow Marilyn, the titular Falls themselves...

5. The Wild One
George Cooper, sound engineer
A symphony of noise, especially in the long stretch we spend at the diner, jukebox blaring, motorcycles arriving, beers spilling, glasses smashing -- and all while Brando walks around in leather. 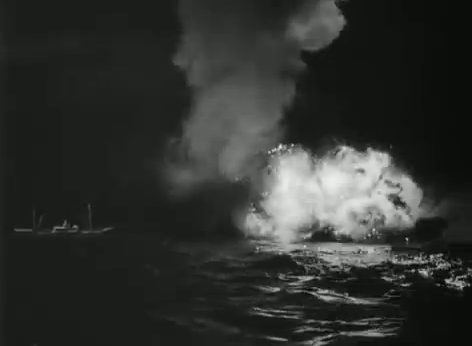 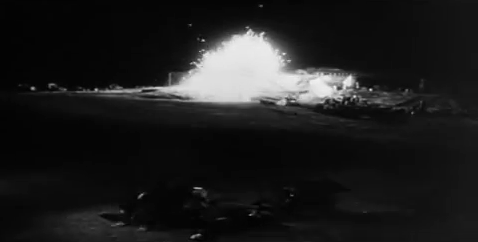 Battles in the desert! 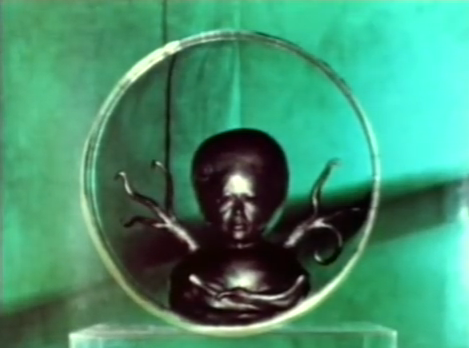 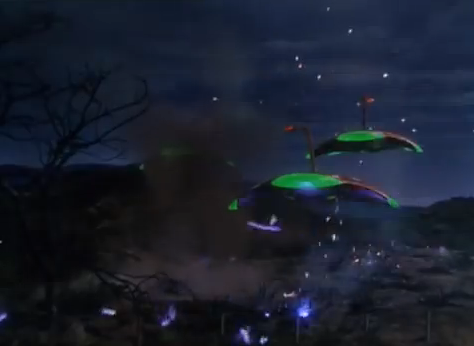 Whackadoo Martian ships, flying through Los Angeles, disintegrating all in their path! 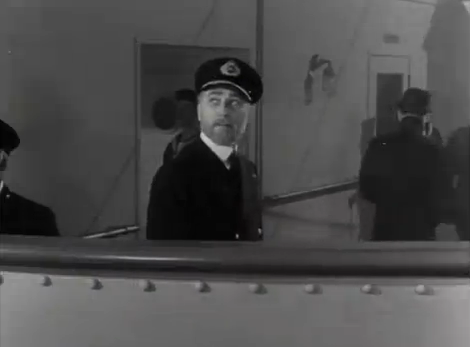 Sensitive -- and a tricky character to play, since you don't want to villainize the guy, but, you know...ignoring the warnings probably wasn't the best decision. So Aherne let's us in on the confidence, the self-doubt, the moments of introspection, the weight and guilt of it all. 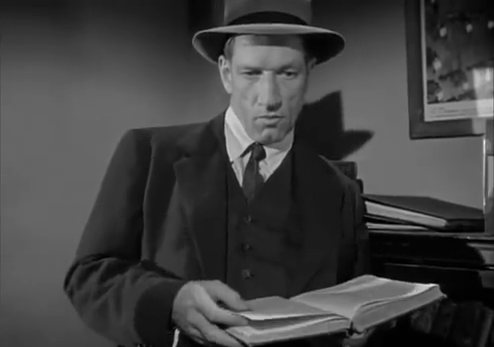 Chilling portrait of a man driven by obsession. Vicious, cruel, and never batting an eye. The final scene brings it all home.

5. Adolphe Menjou as Fesker
Man on a Tightrope 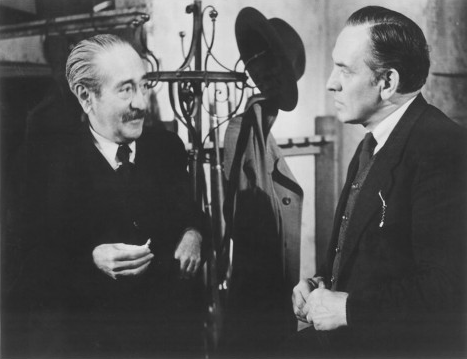 Another chilling performance, this one of a Communist official whose folksy manner, sloppy dress, and stretching of certain rules belies his loyalty to the Party. He's a man who's been around, and his interactions with younger, more blindly ruthless comrades are darkly funny -- he knows it's only a matter of time; they don't.

2. Jay Robinson as Caligula
The Robe

4. Frank Sinatra as Angelo Maggio
From Here to Eternity 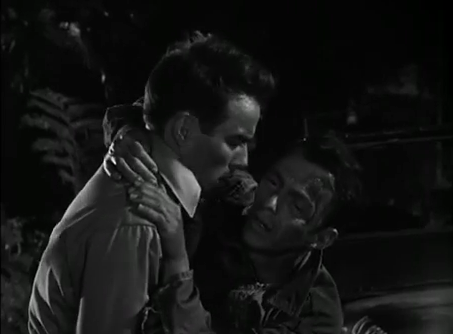 From my profile: You can't take your eyes off of him. I wasn't expecting the physicality or the quick wit -- nor, either, the perfectest drunk acting I've ever seen. That scene with the olives is mesmerizing. There's a welcome relief whenever Sinatra's on-screen, but he also embroiders the performance with enough sadness and desperation, masked by humor and alcohol. A magnetic, heartbreaking performance.


BEST COSTUME DESIGN
1. The Importance of Being Earnest
Beatrice Dawson 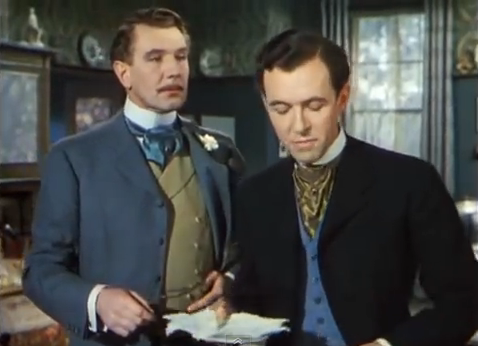 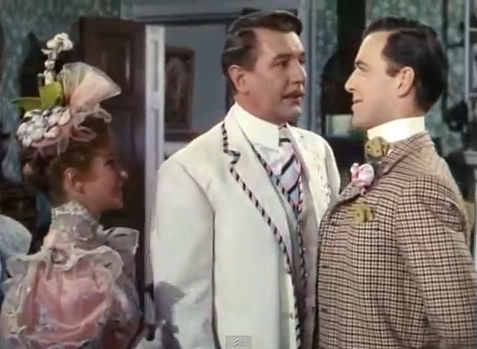 The women look great, of course -- those hats, those patterns, those accessories! But I tend to dig a film where the men actually look better than the women, costume-wise. I wish I had Michael Redgrave's whole wardrobe. 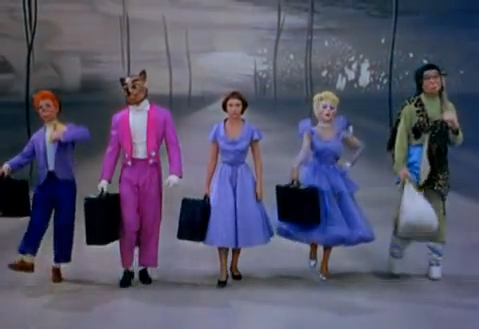 I do love little Lili's travel uniform, but of course I'm more struck by the circus folk -- especially in the fantasy sequences, when the puppets become life-size! 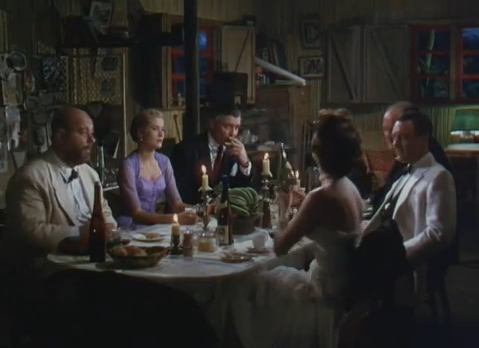 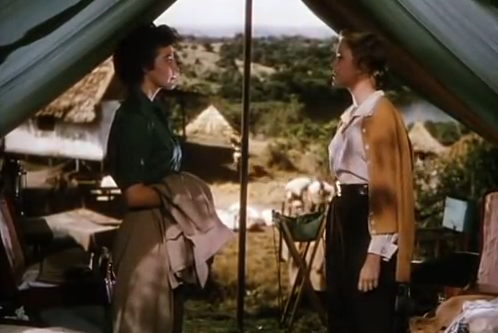 Togas, tunics, armor and uniforms! The striking colors of Rome; duller tones of the poor Christians! 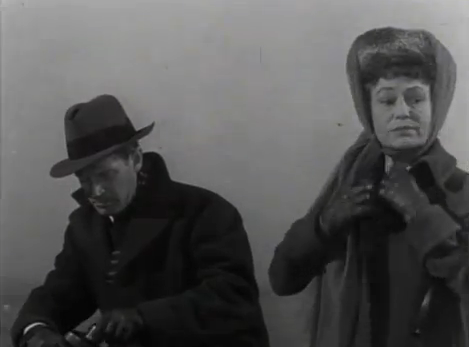 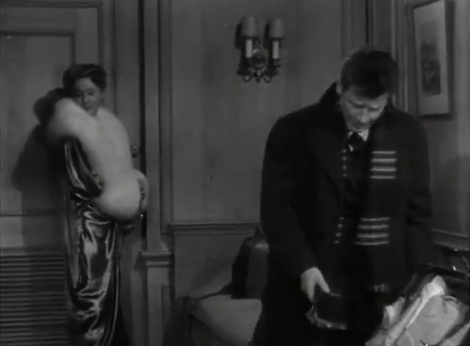 Lot of scarves and overcoats for the men -- as well as luxe evening wear, of course. Meanwhile, the ladies get fun hats and very silky-looking gowns! 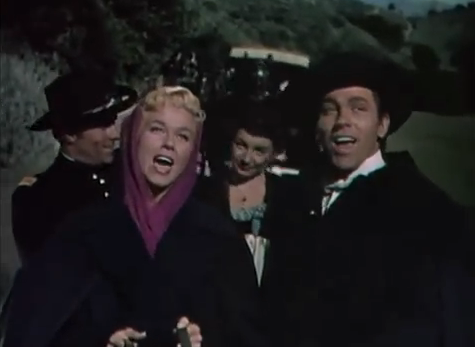 Four, yes four, incredible musical-comedy talents lead the cast, but you feel that, much like Calamity, you know everyone in town!

1. The Importance of Being Earnest
Weston Drury, Jr., casting Wilde seems to come as naturally to these people as breathing. Redgrave, Greenwood, Tutin, Denison -- all a delight! Even my nemesis, Edith Evans, ain't so bad. 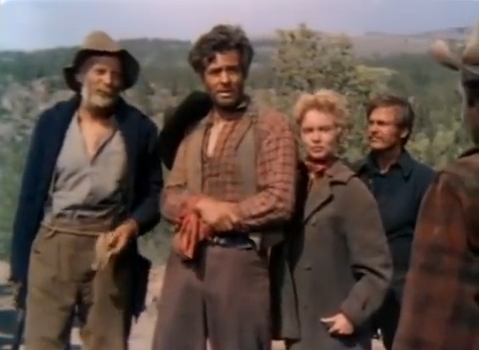 It's just these five people the whole time -- and they work together marvelously, none of them entirely good or bad, but all shades of grey. 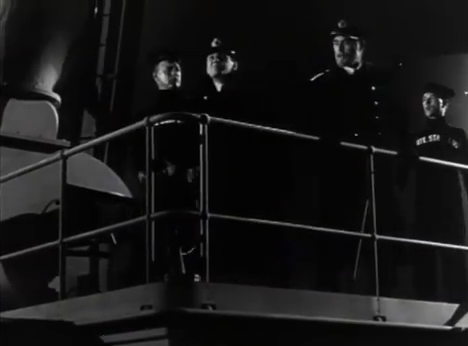 The trailer itself boasts of the Titanic Ensemble, which may be in odd taste, but it's true -- Thelma Ritter, Robert Wagner, Barbara Stanwyck, Clifton Webb! All bringing their best! 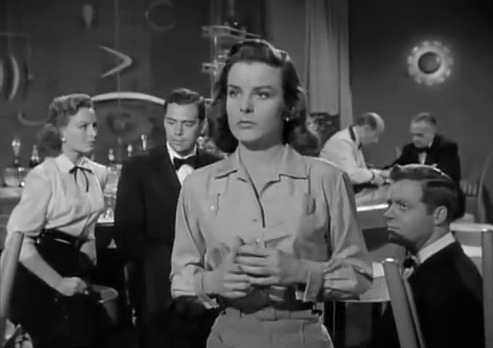 A grand group of suspects played by some of the best character actors on the Fox lot -- Jeanne Crain, Richard Boone, Casey Adams, Aaron Spelling! All centered around the magnetic Jean Peters.


BEST EDITING
2. Man on a Tightrope
Dorothy Spencer
A scene I immediately recall: a fight breaks out in Cernik's trailer as, outside, the performers plan their escape across the border. Shots are fired -- but who did the shooting, and who is wounded?

4. Niagara
Barbara McLean
A scene I immediately recall: Joseph Cotten, believed dead, stalks his duplicitous wife Marilyn Monroe -- she flees, with nowhere to go but up...

5. Titanic
Louis Loeffler
A scene I immediately recall: the finale, as the remaining passengers sing "Nearer My God to Thee," their voices echoing across the water, as the survivors in the lifeboat react.

3. Vicki
Dorothy Spencer
A scene I immediately recall: the final scene, where the final pieces of the puzzle lock into place, culminating in a dizzying, disturbing revelation.

Email ThisBlogThis!Share to TwitterShare to FacebookShare to Pinterest
Labels: 1953, From Here to Eternity, Man on a Tightrope, Pickup on South Street, Retro Hollmann Awards, The Cruel Sea, The Importance of Being Earnest, The Robe, Titanic, Vicki, War of the Worlds