Damnably late, I know, and sadly I must dash off quickly -- it's my bedtime, you know. It's for the best -- now I won't keep you long from the Songs!

"That's Amore" from The Caddy
ABSTAIN

"Oh, Walter," ya might say, "you know 'That's Amore'!" Yeah, and I love "That's Amore", but I have no idea about its context within the film, because I've never seen The Caddy. So I'm abstaining.

Calamity Jane is an original musical, a dramatization of the life of the wild gal of the west starring Miss Doris Day. Day considers this her best performance, and I'm inclined to agree with her -- she goes from brash and unladlylike to a real beauty, but without fully compromising the whole Calamity thing. And each song is a gem -- you could probably fill this whole category with Calamity Jane tunes. The Academy chose just one.

Not my favorite, but it'll do. It's a Doris Day love ballad, of course it was gonna sell. Of course that was gonna be the representative of the musical. And it's also a very sweet song besides! I mean, that part where she belts, "Now I shout it from the highest hills," is just heaven!

So, Miss Sadie Thompson is a post-War update of the ol' Sadie Thompson, about a mysterious nightclub singer who arrives at an army outpost, charms all the men, and gets under the skin of the religious prig who -- owns the island? I don't remember exactly, because it's a movie that decides if it's going to be good or mediocre on a scene-by-scene basis. I mean, what in the world was Jose Ferrer doing?

BUT -- in the midst of it is this song, and much like the men in the film, I have to stop and listen every time I hear it. And it also, of course, reflects Sadie, who despite finding romance and a possible second chance in the South Pacific, still fears that her past is going to catch up with her. Despite the sultry delivery, it's a rather haunting, sad song. And I'm a sucker for haunting sadness.

Like the film, this song mixes innocence (where'd they get the Henry Mancini Singers?) and absurdity (spaniels drinking tea? madness!) in a disarming, charming, pleasant little ditty. Opening the film, it tells you, "Get ready, there is some romantic wackiness ahead!" And it ain't wrong. This is, after all, the film about two older men competing to woo a neurotic virgin.

It could be worse. They could have nominated the Bobby Van number, and then I would have had to post his stupid face here. Instead, I get to put up the great Nat King Cole -- unfortunately, not snap-your-fingers Cole, nor even sultry-smoke-on-the-porch Cole, but don't-listen-to-this-driving-at-night-or-you'll-fall-asleep Cole.

For context, Small Town Girl is this awful little musical about a New York playboy caught speeding in a small town; the judge has him locked up, and the playboy winds up wooing, manipulating, then falling for the judge's daughter. At one point, he convinces her to break him out of jail, and winds up showing her a night on the town, which includes going to a nightclub to hear Nat King Cole perform this song. This boring song smack in the middle of this dumb movie with Bobby Van, the poor man's Donald O'Connor -- who, in case you wondered, I'm no big fan of either.

The Academy awarded "Secret Love", though of course "That's Amore" was the top single of the year. Neither gets my vote. I award the Oscar to..... 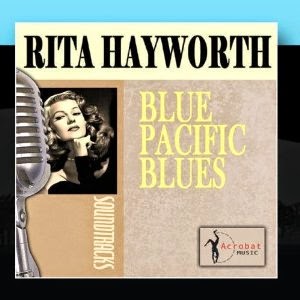