A good chunk of my iTunes is devoted to film music -- even more than Christmas music, which I have a healthy collection of (not mentally healthy, tho).

Not to take the Academy to task too much for what was left out -- for the most part, this is a solid line-up -- but I do think it's surprising that Alfred Newman's work on Best Picture nominee The Robe was left off (something which caused Franz Waxman to resign from the Academy). What can ya do?

On to the ones what made it!

Above and Beyond
Hugo Friedhofer
****

One aspect in which Above and Beyond is not lacking -- the other being Robert Taylor, of course -- is Friedhofer's justly-nominated score. The script is constantly reminding us that The Bomb was as necessary as it was horrifying, but the music is truly hitting the point home with its fearsome undercurrent. It all culminates with the above track, "Armageddon", where the pilots of the Enola Gay drop the bomb on Hiroshima and look down at a city on fire. A powerful moment in a film that I mostly labored through.

Subtle, untraditional, effective. There's a real bleak need for escape in the music, one that fits perfectly with the world of these men, these men whom the army has both created and ruined.

Rozsa lived by go big or go home. His score for Caesar is epic, daunting, Important! It booms and thrashes like the storm that unsettles Calpurnia on the eve of the Ides of March! It has enough of a Mediterranean flair to suggest another country, a bygone era, a time when leaders were warriors, walking among the masses to praise and damnation! It's exciting!

Just a pure delight -- bouncy, romantic, very "French", in that Hollywood way that's fooling no one yet transports you all the same. I could use that very sentence to describe either the film or its score, but really, much of Lili's effectiveness is due to Kaper's catchy theme, which I guarantee you'll find yourself humming, possibly while attempting to execute a jig during your morning walk. A perfect fit for a delightful film. 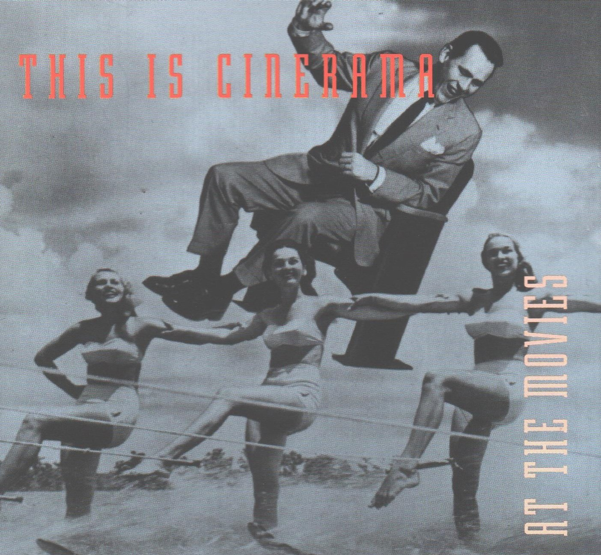 This is Cinerama
Louis Forbes
*

Wish I could find some music online from this -- but eh. This is Cinerama is not a documentary -- it's an infomercial, convincing both the viewer and the theater owners of the magnificence of this brand-new, ultra-ultra-wide experience! Forget Cinemascope -- CINERAMA fills your entire field of vision, with images captured on three cameras, projected through three projectors! The film boasts landscapes of the United States, a church choir, water-skiing, a rollercoaster, a ballet, and you better believe it has the sweeping score to match!

Well, no it doesn't. While the music is relentless, much of it is adapted from previous works, be they hymns, operas, or American traditionals. What little original score remains is present, but hardly memorable. A disappointment.

The Oscar chose romantic whimsy, awarding Kaper for his Lili score. They made the right choice, for I too give my vote to... 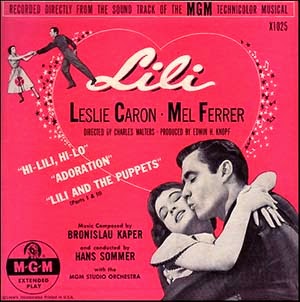