The Blonde with the Sympathetic Ear: Supporting Actress, 1947

We continue our trip through 1947 today with Best Supporting Actress!

This year, the category consists of two past winners and three first-time nominees, playing mothers, wives, and sympathetic listeners - literal "supporting" parts. Three are nominated for their work in Best Picture nominees (two in the same movie!). And of course, there is only one winner: 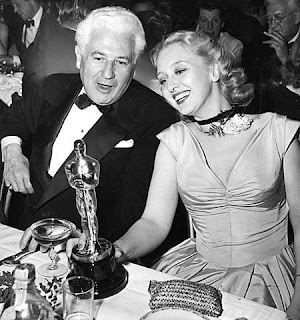 But did Holm deserve the win? Let's talk, after the jump... 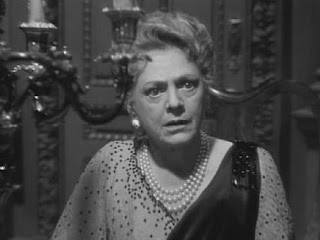 Ethel Barrymore as Lady Sophie Horfield
The Paradine Case
**
The star: Sister of Lionel and John Barrymore. She made her film debut in 1914's The Nightingale, but devoted most of her career to the stage until the 1940s. This is her third nomination; she won her first time out for 1944's None But the Lonely Heart.

The film: A barrister defending a woman on trial for murder falls in love with his client. Barrymore is the dotty wife of the judge trying the case.

The performance: Impossible to judge accurately, due to producer David O. Selznick's behind-the-scenes machinations. Hitchcock's intended version runs two hours and 20 minutes, which was screened for the Academy; Selznick's version, the only one currently available, is under two hours. Barrymore's part was one of the victims of that extensive trimming, so all we get of her performance are vague looks at a dinner party and a line of dialogue near the end about execution not being nice. Why couldn't they just nominate her for The Farmer's Daughter? 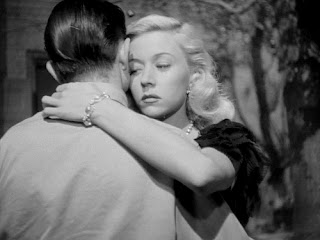 The star: Made her feature film debut in 1944's Blonde Fever. This is her first of two nominations, the second, for 1952's The Bad and the Beautiful, resulting in a win.

The film: A GI suspected of murdering a Jewish man is on the run. Grahame is a dance-hall hostess who can provide an alibi.

The performance: I legitimately don't remember a lot of this movie; what I do remember, doesn't involve Grahame. But she's convincing enough as a "hostess" with pride and a wary look about her. Her defensive scene with the cops resonates more than her tenderness towards the accused innocent, and I'd love to know more about her character's relationship with the odd man in her apartment. 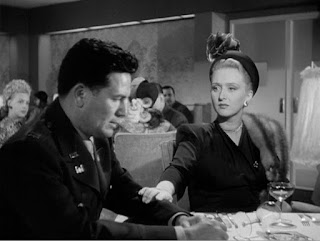 The star: Made her film debut in 1946's Three Little Girls in Blue. This is the first of three nominations, and her one and only win.

The film: A journalist passes as a Jew to write a series on anti-Semitism for a popular magazine. Holm plays the fashion editor of the magazine who befriends and falls for the journalist.

The performance: The only human performance in the movie. Holm is frequently the only woman in the room, playing ball with the boys club environment she works in while quietly, subversively carving out her own powerful niche. In Holm's hands, she's beliavably funny and smart and aware, always looking and listening. A blast to watch. Why the hell isn't she the love interest? 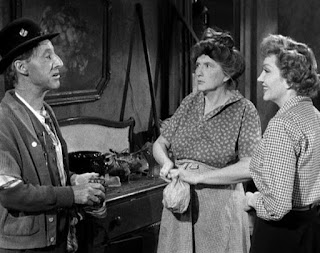 The star: Made her film debut in 1929, but went uncredited until 1934's Music in the Air. This is her first and only nomination, but the role launched a franchise that spanned eight films over ten years.

The film: A newlywed bride is stunned when her husband moves them out to a ramshackle farm in the middle of nowhere. Main plays a very fertile neighbor who's a lot more coarse than the other townsfolk.

The performance: Watching Main do broad, physical comedy without once condescending to Ma Kettle is a marvel. Check the way she absently scratches at her breast, lifting it up and down unselfconsciously while talking to Celeste Holm. Her abrupt, alarming way of clearing the table with several sweeps of her arm. And the real affection she has for her friends and her family, an easy friendliness that doesn't try, but just is. Goodness, and the look on her face when she finds out her quilt's been submitted at the fair...Marjorie Main is a treasure! 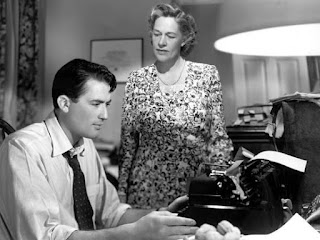 Anne Revere as Mrs. Green
Gentleman's Agreement
***
The star: Made her film debut in 1934's Double Door. Her third and final nomination, having won before for 1945's National Velvet.

The film: A journalist passes as a Jew to write a series on anti-Semitism for a popular magazine. Revere plays his ailing mother.

The performance: Revere gets a lot of mother roles, and to her credit, she makes sure to distinguish them from each other. This momma has a little kick in her step, a gleam in her eye, even when she becomes bed-ridden. I wish she did more than serve as her son's sounding board, but she does deliver a great little speech at the end that moved this viewer to tears. So that's worth it.

Holm won her first Oscar, and it's well-deserved! But I see things slightly differently and give my vote to... 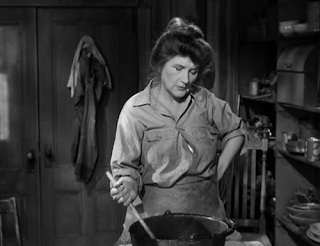 MARJORIE MAIN
for
THE EGG AND I

Tune in tomorrow as I take a look-see at the nominees for Best Original Song and Best Musical Score: Fiesta, Good News, Mother Wore Tights, My Wild Irish Rose, The Perils of Pauline, Road to Rio, Song of the South, and The Time, the Place, and the Girl.