This next batch of ten were all helmed by Best Director nominees - I've helpfully identified the film they were up for beside each name. Fittingly, the final film was nominated for Best Director! It's like there's a theme... 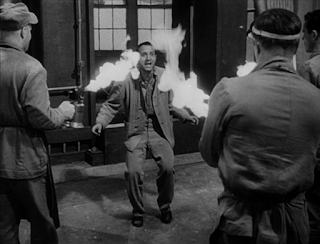 Prisoners plan a breakout amid the tyranny of a sadistic captain. A bleak tale led by furious Burt Lancaster and brutal Hume Cronyn. Glimpses of life on the outside through flashback are ok, but interrupt the story's flow...and intrude on the claustrophobia. Great sound design. 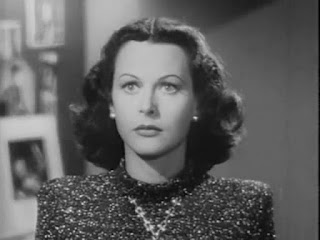 Reformed roundheel finds herself accused of murder, which she more or less accepts. Imagine thinking you should go to jail merely because you used to sleep around! Enraging finger-wagging poppycock. I won't let it take up any more of my time. 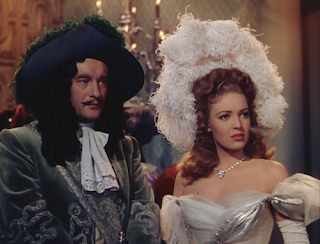 In 1600s England, a woman ruthlessly climbs the social ladder from peasant's daughter to King's mistress. Surprisingly bawdy; that, plus gorgeous costumes, a dueling scene, and the Great Fire of London, make for an all-around fun watch! 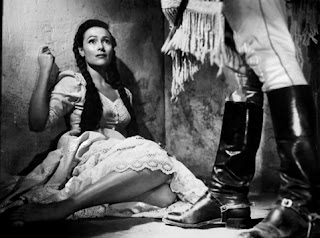 The Fugitive
dir: John Ford (The Informer, Stagecoach, The Grapes of Wrath, How Green Was My Valley, The Quiet Man)
scr: Dudley Nichols, based on the novel The Power and the Glory by Graham Greene (here credited under its initial American title, The Labyrinthine Ways)

A fugitive priest is on the run from the anti-Catholic government of a Latin American state. One of those "artsy-fartsy" movies about man and religion with superb performances and, yes, divine imagery crafted by Ford and cinematographer Gabriel Figueroa. Worthy of re-discovery. 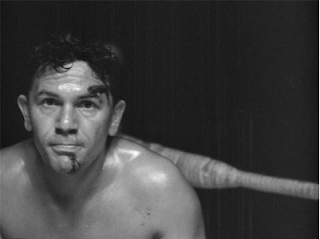 Story of a boxer who falls prey to greed, the good life, and an amoral fight promoter. John Garfield's ambitious lunkhead is lived-in, real, present; Lilli Palmer walks away with the movie. Fine cinematography and editing throughout, but especially kick your ass in the final fight. 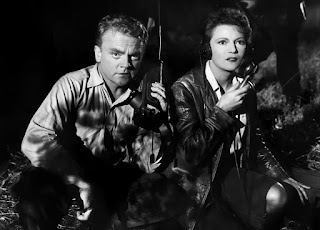 A Nazi agent infiltrates the secret service. Rote screenplay, with dialogue that sounds like it came from a pamphlet, especially in the educational film-style opening. Shockingly incompetent protagonist makes you wonder how the Allies managed to win the War. 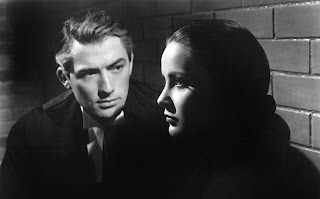 Married lawyer falls in love with his client, a woman accused of murder. Despite a terrific score and fine performances, something is missing, as the film becomes more focused on the trial than the actual story of love and obsession; passion without a pulse. Still, visually thrilling in parts. 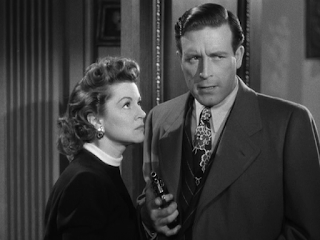 Born to Kill
dir: Robert Wise (I Want to Live!, West Side Story, The Sound of Music)
scr: Eve Greene and Richard Macaulay, based on the novel Deadlier Than the Male by James Gunn

A murderous psycho and a greedy narcissist fall in love. My kind of movie: no redemption, no good guys, just a bunch of rotten, scheming, grasping lowlifes. Sure, I don't get Lawrence Tierney as raw sexual energy, but the women in the movie sure do, so why not? No punches pulled, as evidenced by the sound design during the murder scenes.

Musical comedy about love among co-eds in 1927. Delightfully unhinged. 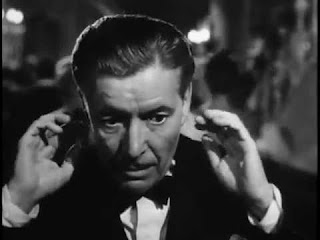 Master thespian becomes increasingly unstable as he loses himself in a role. Odd story, but Gordon & Kanin have an ear for backstage babble and general patter. Colman captures a deteriorating mental state with complexity; Cukor, with increasingly surreal sound design and imagery. Loses some steam with Act Three sleuthing.


The Best of the Ten: Body and Soul, Brute Force, Forever Amber, The Fugitive

The Worst of the Ten: Dishonored Lady may be the worst movie I've seen this year