What a lineup, this year's Best Supporting Actors, not a dud in the bunch! History is made! Movie debuts honored! And Santa Claus goes home a winner!

The skinny on the nominees and their performances, after the jump. 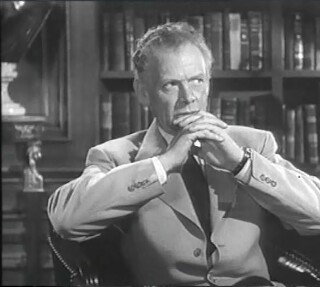 The star: Made his film debut in 1929's South Sea Rose. This is his second of three nominations.

The film: A farmgirl becomes a housemaid for a political family in the big city. Bickford plays the family's pseudo-butler and close friend.

The performance: An understated bit of movie-stealing, with Bickford's dignified majordomo providing our heroine (the farmer's daughter, don'cha know) with a confidant, our hero (Mr. Joseph Cotten) with a father figure, and both with a conscience. There's a comfort in his barbs that speaks of decades of intimacy with this family, affection crossing his eyes and lips as he steers people in the right direction. By movie's end, one is convinced Clancey and Katie should be running the country together. 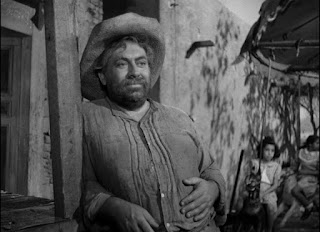 The star: Made his film debut in 1942's Sherlock Holmes and the Voice of Terror. This is his first and only nomination. He is the first Latin American actor to be nominated for an Academy Award.

The film: A man comes to a New Mexico border town seeking vengeance for his friend's death. Gomez is a local who befriends the man, operating the carousel in which rides that titular pink horse.

The performance: Pancho is drunk, he's lazy, he lives on a small rug of land beside his carousel. He is not, shall we say, a progressive Latino character. But he's also a warm man with a bright smile and shining eyes, and Gomez imbues him with enough magnetism that we are devastated when harm comes to him. Unapologetic, and very human. 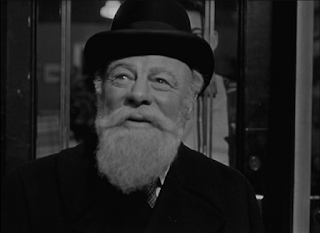 The star: Made his feature film debut in 1920's Unmarried, by which point he was in his forties and a twenty-plus years veteran of the stage. This is his first of two nominations, and only win.

The film: A new department store Santa insists he is the real thing. Gwenn plays that Santa.

The performance: A lead role considered supporting due mostly to billing (what is this, the Tonys?), but never mind all that. He comfortably carries himself with a contagious jolliness. He is a very human Santa, though, and his frustrations with the world around him are unexpected and genuine. No matter what happens, it's important that Kris Kringle is convinced that he's the real deal; there's no doubting that in Gwenn's performance. 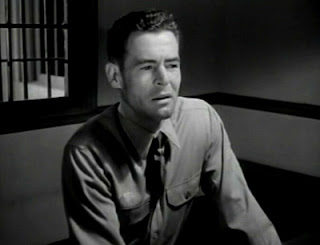 The star: Made his film debut in 1940's The Ghost Breakers. This is his first and only nomination.

The film: A Jewish man is murdered and a young soldier is suspected of the crime. Ryan plays a violently anti-Semitic soldier who knows more than he says.

The performance: Go-for-broke rottenness, Ryan's anti-Semite is an ugly mirror of American hatred. Disgustingly ingratiating when he's playing the dutiful soldier, there's a poison that seeps through every moment of his performance. And yet I could not accuse Ryan of over-playing the part. It's a perfectly-calibrated portrait of secret violence made manifest. 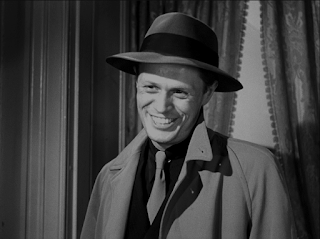 The star: Made his film debut...right here! This is it, folks, his first time out, four years after his Broadway debut! Naturally, this is his first nomination; sadly, it's also his only one. Did they not see Pickup on South Street?

The film: A con turns police informant. Widmark plays a psycho killer the informant testifies against.

The performance: Safe to say Widmark's Tommy Udo is the basis for just about every psychotic villain that's come after. With a high laugh that sounds like gargled nails, a wide grin, and a nasal voice, Widmark gives Johnny a boyish energy that makes his penchant for violence more frightening. He's evil personified, and he loves it.

I tell ya, Bickford almost took it from him, but once again, I'm siding with the Academy - category fraud be damned! - and giving my vote to... 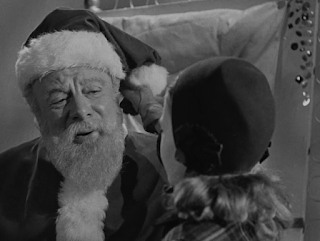 Tomorrow, a double dose as we look at the nominees for Best Musical Score and Best Original Song: Fiesta, Good News, Mother Wore Tights, My Wild Irish Rose, The Perils of Pauline, Road to Rio, Song of the South, and The Time, the Place and the Girl.