For the Twentieth Time: Best Picture, 1947

I took a day to recover from making rather merry this Thanksgiving, but here, at last...the Best Picture nominees for the 20th Academy Awards...after the jump.

(I'm illustrating these nominees with their original trailers - in one instance, its expanded release trailer. And WOW, some of these!)

A new favorite that boasts an ice-dancing angel, a flustered bishop, and an unexpected undercurrent of romance between a married woman and a divine being. Deceptively simple in structure and message, it nevertheless delivers deep feelings of wonder - at heavenly magic, yes, but also invoking in a simple performance by a choir, or in an old woman's remembrance of a love long past. It's transportive and lovely and just plain great.

Before the started this enterprise, I figured this would be a shoo-in for my Best Picture vote - a b-movie thriller with a social conscience? Totally! The results, however, are mixed. The screenplay is great, the performances vary, and the enterprise as a whole feels lackluster. Whether it was the subject matter or a need to show support for the recently blacklisted cast and crew working on it, it can't be the quality of the film that accounts for its presence here (or its nomination tally). The most forgettable movie here.

A finger-wagging screenplay unevenly directed and performed. Still, there is an unmistakable magnetism that keeps one watching. Bouncing uncomfortably back and forth from social drama to romance and back, bending over backward to make sure the central couple winds up together despite not being a good fit, touting its own social good bonafides while shruggingly admitting that no one is as woke as they think they are, it's confused, ill-fitting, and fascinating. And, I guess, what was needed at the time.

Speaks volumes about the level of craft and expertise at work that the movie retains its effectiveness while completely botching one of the story's most important elements (Estella). The ensemble surely helps carry it - Martita Hunt, Alec Guinness, Francis L. Sullivan. Expertly directed by David Lean and boasting haunting spectacle provided by cinematographer Guy Green and production designer John Bryan, it's a completely lived-in experience - you feel the chill, smell the streets. Your great expectations pay off.

An old favorite of mine, and glad to see it holds up. Never explicitly magical, it nevertheless possesses a sense of knowing wonder. How a film focuses on the existence of Santa Claus, gives a happy ending for children and adults, and never compromises the point of view of any of its characters...well, that's impressive. It's not about what you believe, but whether or not you believe in anything, and how the ability to keep an open and eager mind is the greatest gift of all. A miraculous Christmas comedy that grows with each viewing.

Gentleman's Agreement won, but, my dear readers, I was obviously not as into it. And so it becomes a battle of the Christmas classics, one that ends with my vote going to.... 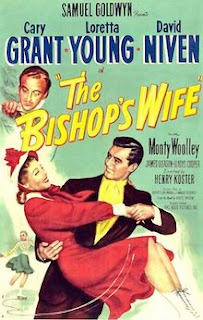 Starting Monday, I'll be giving my own superlatives for the year 1947 - a Top Ten on Monday, then the 1947 Retro Hollmann Awards Nominations on Tuesday, then two days of awardage! Join us then, and be sure to loudly voice your disagreement!