1947, Part Two: Among the Ranks (and Great Expectations)

Today, all ten movies are brought to us by the Rank Organisation, who classic film fans will know by their gong...


J. Arthur Rank was the son of Joseph Rank, founder of one of the largest flour milling and bakery companies in Britain, Joseph Rank Limited - he had money. Yet J. Arthur's start in films was not the result of financing from an industrialist with stars in his eyes (as happens), but of his Methodist faith. A devout Sunday school teacher, Rank often showed religious short films in his class, a practice which became so popular that he eventually started his own distribution company for the purpose, called Religious Film Society. When the Methodist Times complained of the moral quality of films in the mainstream, Rank co-founded the British National Films Company with John Corfield and Lady Yule. The trio bought the newly-formed Pinewood Studios in 1935, and issues with distribution and exhibition for their first film, Turn of the Tide, were solved when Rank bought up distributors and exhibitors.

By 1939, Lady Yule and Corfield were gone, and Rank consolidated his production, distribution, and exhibition shingles under one company: The Rank Organisation. Over the next decade, the Rank Organisation, and the studios within it, would make some of the finest films in British film history. While the initial intention to produce family-friendly flicks with good Christian values seems to be occasionally forgotten, Rank dedicated himself to an equally important task: production of quality cinema. And here are ten such examples, spanning four years in the UK, but all released in the United States in 1947. 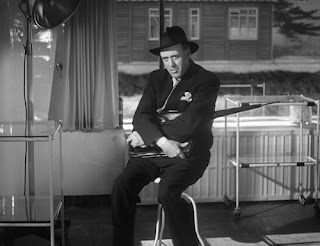 An inspector investigates double-murder at a hospital in wartime England. A thrilling mystery, a talented ensemble, chilling cinematography, witty dialogue, and fascinating observations about life during The War. Great character work, specific in speech, manner, and agenda.

The power of Powell and Pressburger.....after the jump. 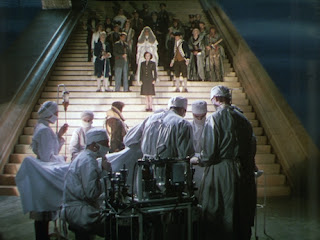 British airman who should have died must make a case for his continued life in Heaven's high court. A beautiful film, dissolving between a monochromatic Other World and our boldly Technicolor one. Not just an appeal for love on Earth, but an indictment of our past hatreds. It is intelligent, funny, romantic. 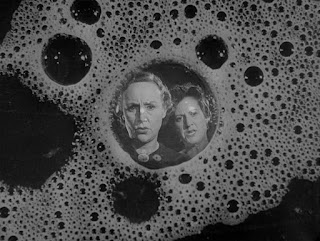 An escaped convict is shot, wandering house to house in Belfast, Northern Island; this movie is about the people he meets, their various motives for keeping him alive, reporting him, hiding him. A deep understanding of people. Prime James Mason. 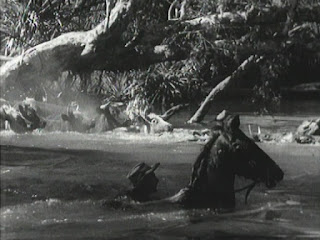 True story of Australians who drove cattle across 2000 miles to protect the country's resources from Japanese invaders. It's short and black-and-white, but its story, its breathtaking photography, its feeling, are of a full-color epic. Could do without the romance, but why sweat the little things? 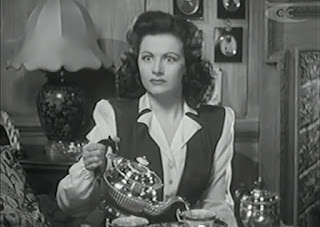 Bedelia is a happy newlywed with a secret - and her husband's new friend is intent on exposing it! Dishy little thriller with Margaret Lockwood in the lead, neatly walking the line between misunderstood innocent, and devious conniver. What a fun Christmas party mid-film! 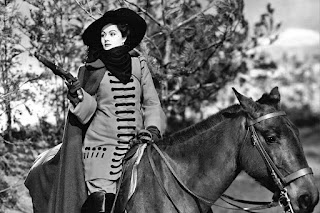 More wicked, wicked Margaret Lockwood, this time as a woman who seduces her cousin's fiance and takes to highway-robbing - all out of boredom! A scandalous period piece, full of bitchy dialogue, face-slapping, murder, adultery, whores, a hanging...oh, it's a scrumptious feast! 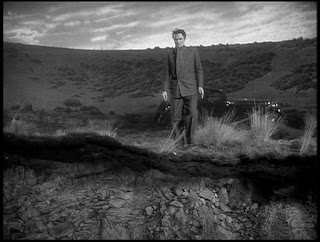 James Mason is a doctor plotting a murder - but first he tells his criminology class all about it. Great use of what could have been a tired framing device, and a finale that suggests that cold detachment may be saner in today's world than empathy and passion. A neat little movie. 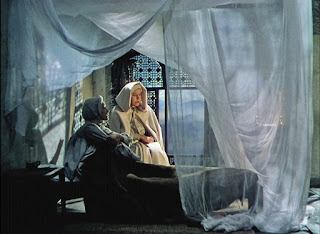 Nuns start a convent in the Himalayas, where the exotic atmosphere and altitude bring about conflict and temptation. Deborah Kerr stars as the stubborn Sister Superior in one of the great screen performances, leading an incredible cast. Every shot is breathtaking, every bit of the set perfect. 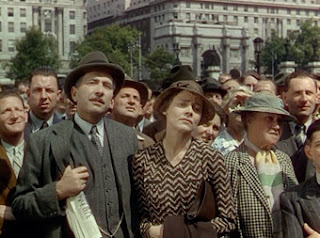 Fine performances keep this episodic look at London life between The Wars on firm footing, but they can't hide the sometimes clunky monologuing or the stop-and-go nature of the story. Celia Johnson's weary mother and Kay Walsh's restless daughter tie for best in show. 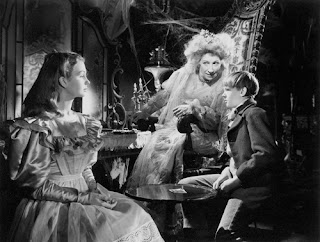 
The Best of the Ten: Black Narcissus, Green for Danger, A Matter of Life and Death

The Worst of the Ten: Not a "bad" film, but I'm least enthused over This Happy Breed

Email ThisBlogThis!Share to TwitterShare to FacebookShare to Pinterest
Labels: 1947, A Matter of Life and Death, Bedelia, Black Narcissus, Great Expectations, Green for Danger, Odd Man Out, reviews, The Overlanders, The Upturned Glass, The Wicked Lady, This Happy Breed