Even though Agatha Christie Month is wrapped, we'll still be looking at Murder on the Orient Express in all its on-screen incarnations starting Monday. In the meantime, as stated before, this month is dedicated to the movies of 1947 and the 20th Academy Awards.

It's a historic year for Hollywood, but not because of the movies. This is the year that saw the beginning of the Hollywood Blacklist. Earlier efforts to rout out Communist filmmakers were unsuccessful and openly mocked. Hell, Russia was our ally during the War just two years earlier, with friendly relations and pro-Soviet feelings encouraged. But that was then, and as Best Picture nominee Crossfire put it, "We're too used to fighting, but we just don't know what to fight. ...A whole lot of hate and fight that doesn't know where to go." By October, the House Un-American Activities Committee was holding hearings; by November, the Hollywood Ten were cited for contempt of Congress for refusing to cooperate with the line of questioning; the next day, 48 Hollywood executives released the Waldorf Statement, assuring the public that no Communist would find work within their hallowed gates. (You can get a fuller account of these events, as well as their effect on individuals, from the 2015 season of Karina Longworth's invaluable podcast, You Must Remember This.)

On this blog, we focus more on the individual films, though to pretend that events outside did not influence their reception is goofy. Pre-blacklist, we find a large output of socially-conscience films dealing with American society post-World War II. Some films are almost propagandistic in their praise of government bodies and officials, sure, but many deal with veteran malaise, housing shortages or prejudice. These themes enter films noir, dramas, comedies, even holiday treats. We'll be looking at these and more over the coming weeks.

Here are the first ten movies. My reactions are honest, and while I've tried to keep in mind the times, in the end, I like what I like. 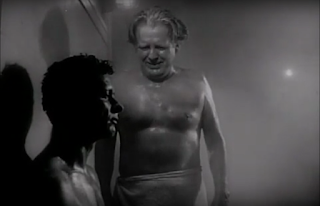 Vincent Price, Uncle Remus, an angel, and so much more - after the jump! 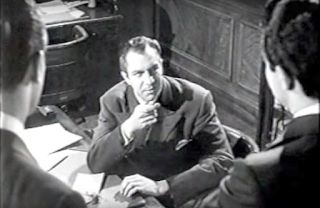 Chorine blackmails a man she suspects of murdering her friend into letting her live like a lady at his family estate! Whackadoodle premise sold by game leading lady Peggy Cummins. Vincent Price is quietly sly as a police inspector. Overall a snooze, if an inoffensive one. 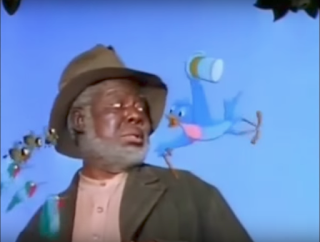 Uncle Remus entertains white boy with folk tales in post-Civil War South. James Baskett not only delivers a warm performance as Uncle Remus, but provides movie-stealing voice work as Br'er Fox. Racial politics are just uncomfortable, though: while Remus is the most sympathetic and recognizably human, the frequency with which he accepts blame for white boys' sins is quickly glossed over. Which is a shame, because Baskett, the animated sequences, and the score and songs ae all top-tier. 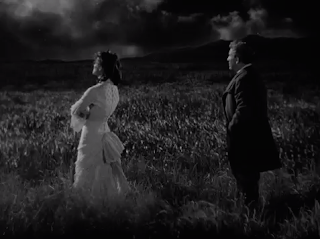 The Sea of Grass
dir: Elia Kazan
scr: Marguerite Roberts and Vincent Lawrence, based on the novel by Conrad Richter

Epic frontier drama spanning 20 years about a society gal, her cattleman husband, and their conflict with homesteaders. Titular plains offer great vistas. Early half focusing on Tracy and Hepburn's marriage isn't bad...though it's certainly frustrating. Second half centered on their kids is boring. 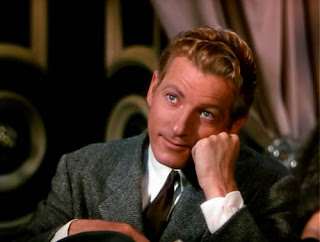 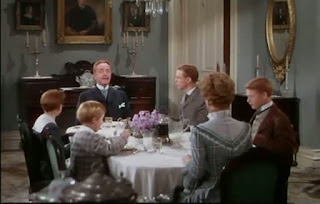 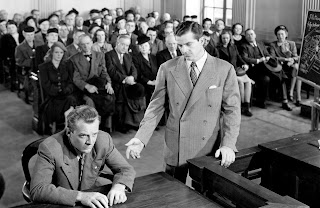 Another narrated docudrama: state attorney tries to bring justice to the murder of a priest while navigating murky political waters. Runs like a long montage until the suspected killer is coerced into confessing. Dana Andrews' performance is DOA, slow pace is deadly. Fine ensemble acting, though. 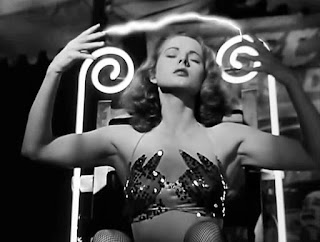 The rise of a scheming mentalist. A story that presents opportunism in both light and dark, explores the limitless lies we try to call faith, and exposes how everyone, from carny to psychologist to high society doyenne, is in on some kind of hustle. Frightening score with a screaming man on the soundtrack. Mesmerizing women: tireless Joan Blondell, cunning Helen Walker, loyal Coleen Gray. And a strong Tyrone Power at the center. My idea of perfection. 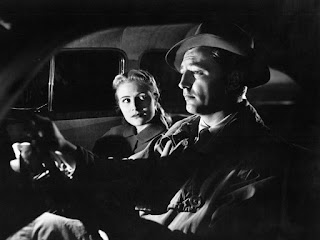 Out of the Past
dir: Jacques Tourneur
scr: Daniel Mainwaring (aka Geoffrey Homes), based on his novel Build My Gallows High

The past catches up with gumshoe turned gas station owner Jeff Bailey. Boring, repetitive, with frequent and avoidable double-crosses that make you wonder if everyone involved is a moron. Jane Greer's a fine femme fatale, villainous Kirk Douglas a treat. Otherwise? Meh.

Angel comes to Earth to help a bishop and his wife at Christmastime. Quietly wise, with sincere warmth and spiritual renewal that avoids mawkishness. A score that is, dare I say, divine. Scenes that brought me to tears. It's magical and I adore it.


The Best of the Ten: The Bishop's Wife, Nightmare Alley

The Worst of the Ten: Out of the Past

Email ThisBlogThis!Share to TwitterShare to FacebookShare to Pinterest
Labels: 1947, Boomerang!, Life with Father, Moss Rose, Nightmare Alley, Out of the Past, reviews, Song of the South, T-Men, The Bishop's Wife, The Sea of Grass, The Secret Life of Walter Mitty