Starting with number one, every other film here is a musical.... 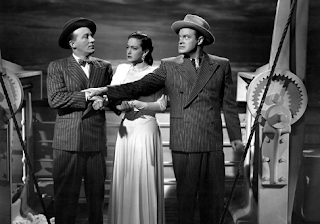 Bing and Bob are musicians who get mixed up with a hypnotized dame forced into -- oh, who cares? It's the fifth Road movie, the plot is secondary to the gags and songs, and brother, I was chuckling and toe-tapping the whole way. Great tunes, big laughs.

More songs, plus adultery, slavery, and Santa Clause, after the jump.... 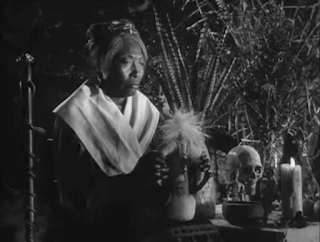 Irish bastard builds up wealth in pre-Civil War Louisiana. Moody cinematography and an emotional Rex Harrison, but this movie's depiction of slavery and voodoo leaves a lot to unpack. It's more complex than many other films - a new mother attempts infanticide rather than see her son raised under white man's whip, while the leads' housekeeper is a voodoo high priestess at night, and openly bitter about her place in life - and yet the triumphant climax involves convincing slaves to abandon desertion in favour of saving the plantation. Still, that's at least acknowledging that without slaves, there was no Southern economy. Also interesting: none of the black actors, many of them with more screentime/relevance than the second-billed supporting whites, are credited on screen. Add to that the movie's thoughts on marital devotion, the Southern class system, and America as the land of reinvention, and hoo boy, there's a lot to talk about here. Based on the first best-selling American novel written by an African-American. 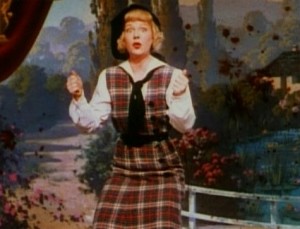 Quasi-musical about the life of silent serials star Pearl White. Great fun for the most part, with a very loud Betty Hutton at its center. Episodic, though, with a love story that doesn't quite gel. 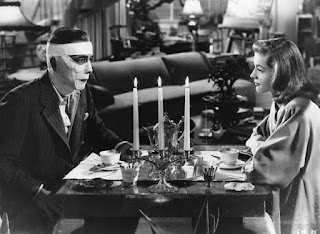 Dark Passage (#18 at the box office)
dir/scr: Delmer Daves, based on the novel by David Goodis

Innocent convict on the lam hides out with beauty who believes him. Thrillingly directed: first-person POV passages, a surreal anesthetic dream, a breathtaking fall through a window. Bogey and Bacall had it, man. He's vulnerable and she looks at him like she's known him forever...off-screen language they translate perfectly for their characters. And this cast! 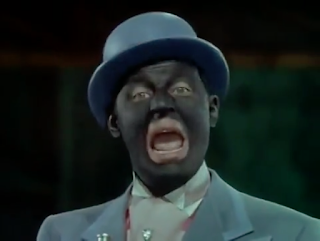 Opera ingenue falls for swingin' songwriter/club owner, much to stuffy manager's chagrin. The best musical number is the climactic "A Rainy Night in Rio"; the best song is "Oh, But I Do." Still, for what the movie is, it really drags. Whether fairly or not, I never recovered from the eternal blackface number from the first half. 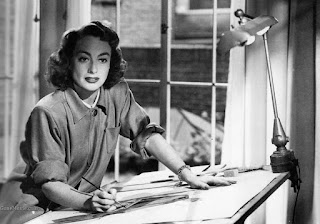 Daisy Kenyon is torn between a married lawyer and a widowed veteran. Riveting from start to finish, a truly adult movie with a fantastic cast, mature writing, and a director who knows just when to execute a subtle little flourish. This Preminger guy's all right! 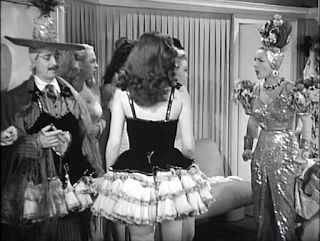 Hard-luck agent convinces client girlfriend to pose as two singers to play at the Copa. Groucho still as chaotic, witty, and naughty as in his Marx Bros. heyday. Carmen Miranda performs brilliantly, sexily in three languages - four if you count Marx. Surprising pizazz in editing and mise-en-scene. 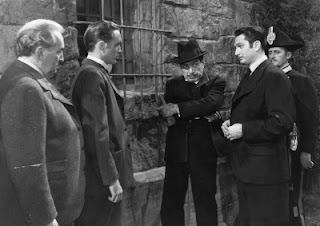 The Beast with Five Fingers
dir: Robert Florey
scr: Curt Siodmak, based on the story by William Fryer Harvey

Pianist dies, his disembodied hand appears to strangle victims left and left (heh-heh). Fun little thriller, even if its last scene, full of winks and jokes, is sooooo eye-rollingly lame. Peter Lorre once again runs around screaming like a loon, always a delight. 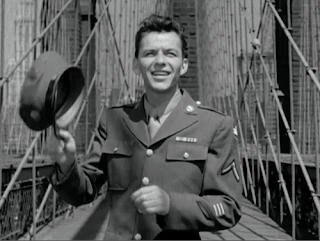 Plot? Come on, this is a just a good time about friendship, romance, and the love of music. Refreshing turns, an open ending, and every song is terrific, not a dud to be heard! Charming Frank Sinatra, and my favorite Gloria Grahame appearance from this year. 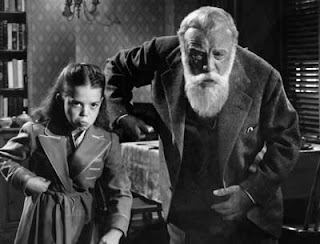 Macy's new store Santa insists he's the real thing. The difference between this holiday feel-good comedy and others like it are the real adult interactions and motivations among the characters. All the people that save Kris Kringle from the funny farm - the judge, the postal workers, Mr. Macy himself - do so for personal gain: an election's coming up, there's junk mail to get rid of, sales are skyrocketing. It's a fantasy that's realistic, even leaving room for doubt over whether Kringle is who he says he is - but it's not cynical! By the way, Edmund Gwenn? Superb.

Email ThisBlogThis!Share to TwitterShare to FacebookShare to Pinterest
Labels: 1947, Copacabana, Daisy Kenyon, Dark Passage, It Happened in Brooklyn, Miracle on 34th Street, reviews, Road to Rio, The Beast with Five Fingers, The Foxes at Harrow, The Perils of Pauline