I didn't have a theme for this group of ten, I just watched a bunch of movies. Join us! 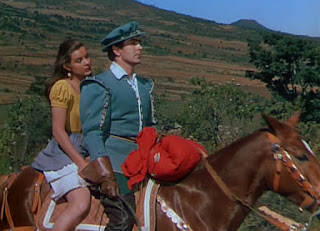 Spanish nobleman escapes the Inquisition and joins Cortez's Mexican expedition. Rousing music, beautiful costumes, and Jean Peters in her acting debut - my God but she's a presence! Flirts with complication by having our hero support Cortez, while not shying away from the conquistador's greed and megalomania, yet seems weirdly divided in its feelings re: Spanish colonization of Mexico. 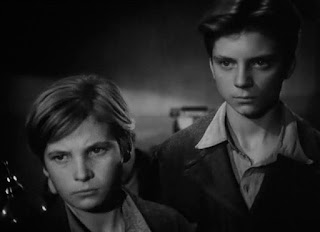 Poor shoeshine boys wind up imprisoned in a juvenile detention center. A sad and wonderful movie where adults brutalize and exploit children, who then turn that learned cruelty on to each other. Heartbreaking, exceptional. 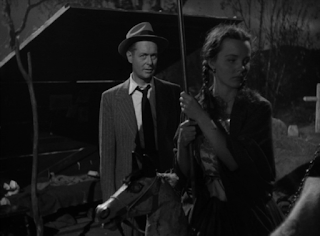 War vet comes to New Mexico border town to shake down the man responsible for his friend's death. A noir picture with a Mexican Fiesta, merry-go-round, and almost mystical leading lady contributing to a dreamlike atmosphere. Montgomery does a much better job behind the camera here than Lady in the Lake. Cynical. 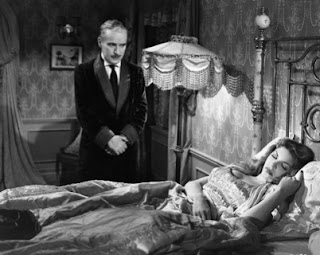 A man turns to bigamy and serial murder to support his family. It does feel dangerous and exciting, a 1947 film wringing laughs from bodies being burned in an incinerator, peroxide being switched out for poison, and thwarted attempts to drown a woman - and it's all very, very funny. Preachy, pitch-black ending. 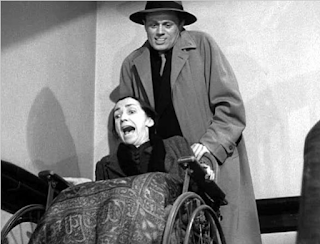 Con turns stool pigeon and faces off against a psycho killer. Fine performances, especially the terrifying Richard Widmark and straight arrow Brian Donlevy. Sweaty suspense, like a post-heist scene where crooks take an elevator that seems to stop at every floor. Just a thrill. 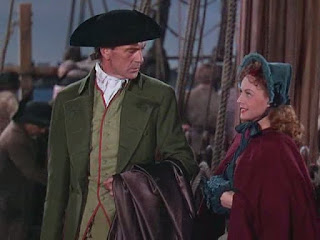 Epic drama about the love between a frontiersman and a bondslave amid tensions between Native Americans and colonists. DeMille spectacle: no one does it more earnestly or more effectively, staging action and romance with equal sweat and vigor. Racial politics a tough sit; the makeup on some these "Indians"...OY. Composer Victor Young easily the film's MVP. 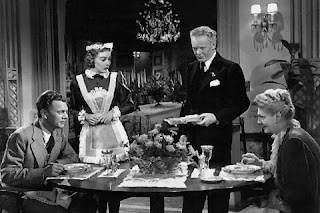 Titular heroine comes to the city to train as a nurse, winds up a maid, then in politics! A winning film, biting back at the "wrong" kind of "Americanism"...though without getting too specific about real-life parties. Praiseworthy ensemble, though of course Loretta Young shines as the country girl who's not so naive as you think.

Chanteuse gives up career for songwriter husband, turns to alcohol for solace. Nails its portrayal of enablers and triggers, both subtle and not so; love the use of theremin in the score during binges. Hayward a force of nature - she uses her fists in a powder room catfight. 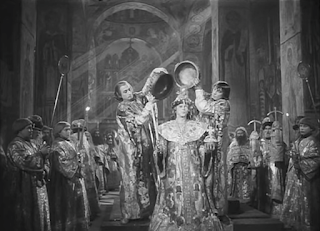 Ivan the Terrible - Part One
dir/scr: Sergei Eisenstein
special note: released in the Soviet Union January 1945; released in the United States March 1947; first of a two-part epic biopic, the second held for release until 1958

Tsar Ivan IV combats duplicity within his court while seeking a unified Russia. Begins at a fever pitch and never lets up, with a heightened theatricality that is uniquely cinematic. Of the movies screened so far, this one possesses best cinematic chops - mute it, take away the subtitles, you still know what's happening...but then you'd miss the truly epic score by Prokofiev. 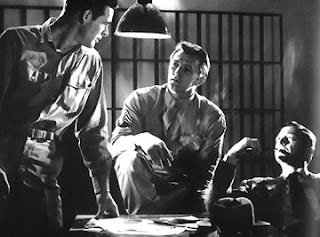 Investigation of a murder that may have been perpetrated by one or a group of soldiers, possibly for anti-Semitic purposes. A lot of Roberts (Young, Mitchum, Ryan), a lot of raw performances, but Paul Kelly most indelible in frightening cameo. More snarly than Gentleman's Agreement - it can't even take pleasure in its resolution.


The Best of the Ten: Ivan the Terrible - Part One