The 1947 Retro Hollmann Awards, Part One 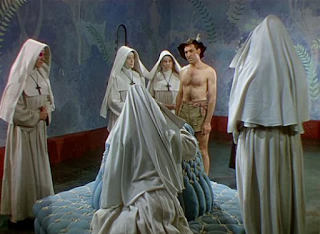 A sister superior who clings to that second word. A cloister of nuns - loyal, flighty, tempted. A beautiful native girl and the prince who is smitten with her. A capital-m Male advising a distracted royal. A holy man permanently perched. Each embodied vividly in Black Narcissus.

Green for Danger boasts an impressive who's who in British character acting. Everyone in A Matter of Life and Death is game for fantastic realism and impossible romance. Brute Force is full of brooding, guilt-ridden, desperate men. Miracle on 34th Street's cast just looks like they're having a blast. 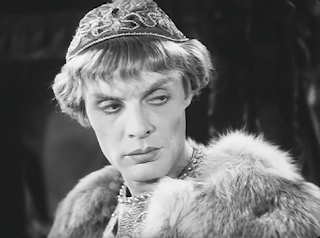 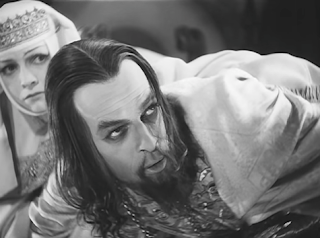 Ivan the Terrible has some of the most beautifully-applied lashes and liner in cinema. Big beards clutter the court, whether round and full, like the tsar's loyalists, or long, white, intricately carved, like the high priest. Ivan's own looks: the greasy beard, matted hair, the sunken-in eyes on his deathbed. And that one idiot boyar's lipsticked, femininely made-up face. 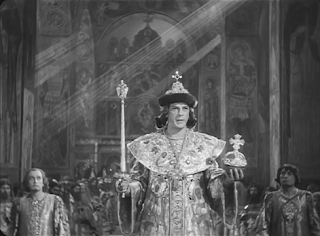 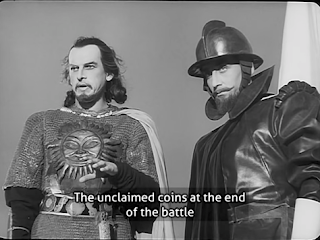 Ivan the Terrible's costumes are incredibly detailed, as seen on Ivan himself - the ornate coronation robes, the intimidating simplicity of his court attire, his armor on the battlefield. Surrounded by men and women in big fur coats - so many heavy layers!


From here on, the categories continue in the same order as their counterparts at the 20th Academy Awards. But that's after the jump.... 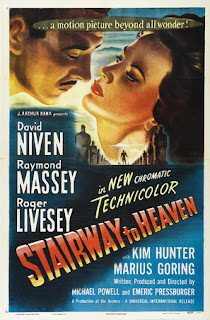 A Matter of Life and Death
Michael Powell & Emeric Pressburger

I said before that A Matter of Life and Death is the most wondrous of the many fantasy romances populating 1947. Its scope is staggering, and I don't just mean its stretching from earth to Heaven and spaces existing in between. There's a heavenly debate about one couple's romance that somehow becomes a conversation about the atrocities of white empire, without trivializing either conversation! High fantasy sincerely written.

Miracle on 34th Street, I have said before, is genuine and fantastic. Ivan the Terrible sums up history quickly, clearly, and gloriously. Shoeshine shatters innocence with harrowing verisimilitude. Smash-Up: The Story of a Woman pulls no punches in its depiction of addiction. 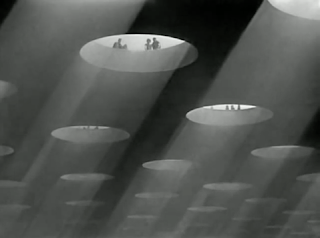 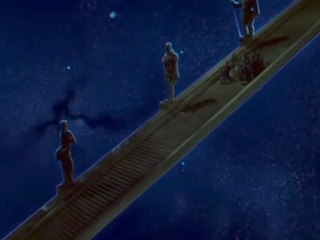 The stairway to heaven that gave A Matter of Life and Death its American title is impressive, stretching infinitely through space. Conductor 71 and Peter Carter walk through walls and closed doors easily. Photographic tricks make the Heaven sets larger than our earthly selves can imagine. All this...and they hold up, too!

The Bishop's Wife has miracles happen on screen. Black Narcissus creates vertigo-inducing vistas without leaving a soundstage. Song of the South brings the real world into an animated one, and vice versa. Forever Amber burns down London. 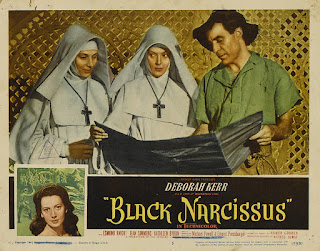 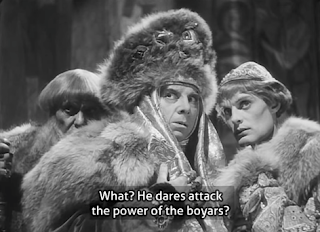 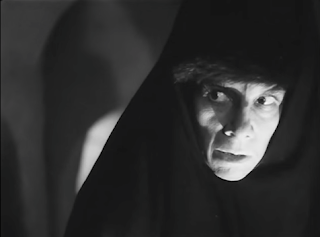 2. Ethel Barrymore in The Farmer's Daughter, 3. Judith Furse in Black Narcissus, 4. Marjorie Main in The Egg and I, 5. Helen Walker in Nightmare Alley

Birman does a lot of sinister skulking and plotting, and she makes the most of it. A commanding screen presence already, she commands every scene with her deliberate line delivery and calculatedly immobile face - the latter of which makes those moments where she's stunned, alarmed, foiled, all the more exciting to watch. My God, I want to see her in her own spinoff!

Barrymore gives great dignity and warmth. Furse is an able second, strong, an unexpected delight whenever she shows up. Main, I said before, brings a recognizable humanity to her broad comedy. Walker's casual femme fatale is delicious. 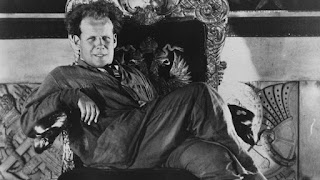 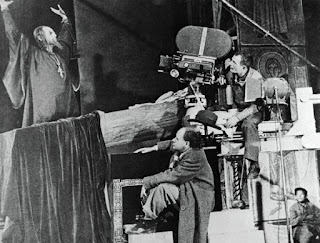 Every single frame, every gesture, is purposeful - no filler, no "standard" shot-reverse shot shenanigans, but highly stylized, carefully constructed work. Every single scene feels action-packed, yet most of them, when you get down to it, are just people standing around talking. Eisenstein makes one feel the stress and stakes, of court intrigue. It's almost exhausting, but you can't look away.

Powell and Pressburger, too, never waste a frame, their work grounded in empathy, in both A Matter of Life and Death and Black Narcissus. I've written before what I like 'bout Cukor. Ford went with spiritual truth over narrative.


Tomorrow, nine more awards, including Best Picture of the Year!