Many Top Tens are difficult to draft up, but I must confess, this was one of the easiest I've ever made. In alphabetical order.... 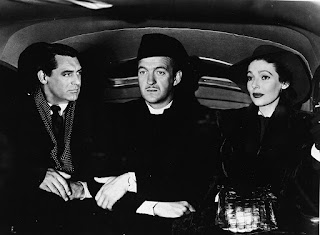 Like the angel Dudley, the film possesses a deceptively light touch whose gentle caresses bring forth great depths of feeling. It's funny but not silly, fanciful but not absurd, and it winks at extramarital flirtations without compromising anyone's integrity. Given the subject matter, it is only fitting that it be, from beginning to end, a pure joy. 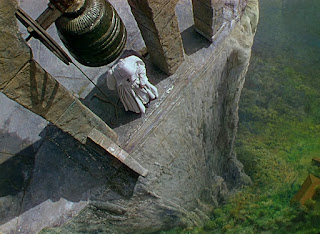 A triumph of craftsmanship - the awe-inspiring effects and matte work, Jack Cardiff's photography capturing warmth and tempestuousness in eye-popping Technicolor, the detailed decay of a mountaintop convent. A triumph, too, of narrative - the unhappy woman who shuts herself up behind convent walls in the Himalayas, little realizing that only here, high enough to touch the heavens, is she truly exposed. Sexy and sad!

Tsars, circus folk, holy men and more, after the jump.... 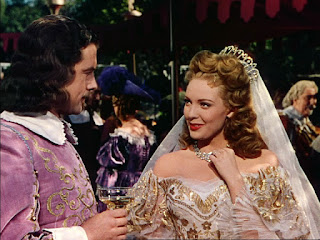 The biggest surprise of the year - and the most scandalous! A real bodice-ripper about sexual social climbing, centered around a conniving and charming Linda Darnell, Forever Amber provided action, romance, shade, George Sanders effetely chuckling at conquests, and wigs, honey, my GAWD! This one is a blast! 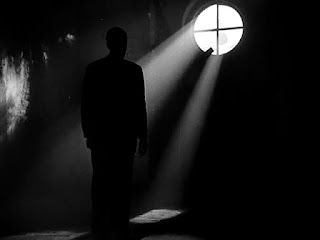 The Fugitive
dir: John Ford
scr: Dudley Nichols, based on the novel The Power and the Glory by Graham Greene
cin: Gabriel Figueroa

Best experienced and meditated on, rather than described. Moving performances and startling cinematography anchor this drama about a priest on the run in a country that has outlawed religion. Many elements reminded me of Scorsese's Silence, another film about faithful parishioners willing to martyr themselves and frightened holy men ashamed of their own human weaknesses. Maybe it won't convert you, but my God, how could it not move you? The best way I can describe my own reaction to much of this movie is a GIF from one of the best flicks of 2017, Lady Bird:

Just a magical, swoony film. The music alone brings tears to my eyes, and I remember the tenderness of the story, Gene Tierney's warm, winning portrayal of Mrs. Muir, and that dynamite ending (one of those movies where everything builds up to the last shot, which pays off handsomely). 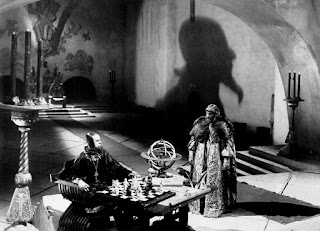 Operatic in execution, every shot is filled to the edges with urgency, every actor performing at a fevered pitch, every note of the score riling one to action. Covers 17 years in 95 minutes, and boy, it never lets up the pace, not even when people are on their deathbeds. The perfect marriage of traditional stage dramaturgy and cinema, it's audacious, breathtaking, exhausting...and once it's over, what else can one do but watch it again from the beginning? 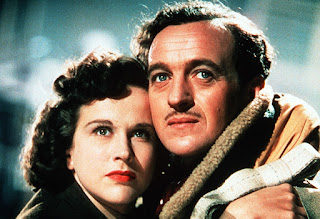 In a year full of romantic fantasy (four on this list alone), stands heads and shoulders as the most wondrous one of all. Heaven a vast, sterile, colorless place, where people are still sorted by race, class and occupation, even as the entirety of mankind is at her disposal. Earth full of color and life, of ping pong and Shakespeare and camera obscura, of senseless and illogical love, everything all clanging together - perfect in its imperfections. 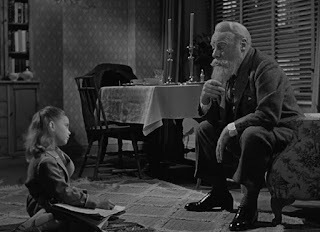 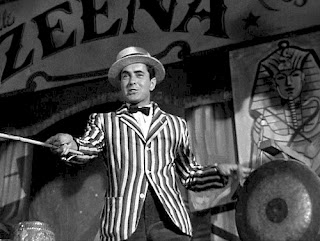 Just as the mentalist holds his audience captive, this film hypnotizes with its haunting imagery, ruthless characters, and bonkers sound design. Are those screams heard on the soundtrack, just outside the frame, desperate and unheeded? Such unnerving tactics have one looking and listening everywhere. Fortunately, there's a lot to see and hear - it is a carny flick, after all. 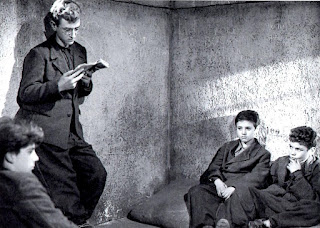 Eye-opening and heartbreaking story of inseparable friends divided by street code, family honor, oh, and being sent to serve time in a juvenile detention center. There is no sentimentality in the real world, only brutality; there is no justice, only the laws carried out by exhausted cynics. Such truths are delivered without ferocity but cut deep nevertheless.

These ten came out of 64 films screened - and those films were:

13 Rue Madeleine
The Bachelor and the Bobby-Soxer
The Beast with Five Fingers
Bedelia
The Beginning or the End
The Bishop’s Wife
Black Narcissus
Body and Soul
Boomerang
Born to Kill
Brute Force
Captain from Castile
Copacabana
Crossfire
Daisy Kenyon
Dark Passage
Dishonored Lady
A Double Life
The Egg and I
The Ghost and Mrs. Muir
The Farmer’s Daughter
Fiesta
Forever Amber
The Foxes of Harrow
The Fugitive
Gentleman’s Agreement
Good News
Great Expectations
Green for Danger
It Happened in Brooklyn
It Happened on Fifth Avenue
Ivan the Terrible
Kiss of Death
Lady in the Lake
Life with Father
A Matter of Life and Death
Miracle on 34th Street
Monsieur Verdoux
Moss Rose
Mother Wore Tights
Mourning Becomes Electra
Nightmare Alley
Odd Man Out
Out of the Past
The Overlanders
The Paradine Case
The Perils of Pauline
Possessed
The Red House
Ride the Pink Horse
Road to Rio
The Sea of Grass
The Secret Life of Walter Mitty
Sepia Cinderella
Shoeshine
Smash-Up: The Story of a Woman
Song of the South
Song of the Thin Man
T-Men
This Happy Breed
The Time, the Place and the Girl
Unconquered
The Upturned Glass
The Wicked Lady

Tomorrow - the nominees for the 1947 Retro Hollmann Awards!