All month long, we're celebrating the Queen of Crime as she and her works appeared on screen, with a grand finale of five Murder on the Orient Expresses the first full week of November. We talked all about Hercule Poirot at first, while last week was dedicated to Miss Marple. Today, and all this week, we're looking at Christie's super spy couple, Tommy and Tuppence, aka Partners in Crime. 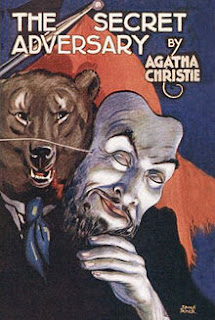 While neither as popular or prolific as Poirot and Marple, Tommy and Tuppence were with Christie from the beginning to the end. The only characters to age alongside their creator, the pair made their debut in The Secret Adversary in 1922, twenty-somethings in search of excitement. By their final adventure, 1973's Postern of Fate, they are in their seventies, are grandparents, and have left the hustle and bustle of the city for a quiet life in the country. Secret Adversary was Christie's second book; Postern of Fate the last she ever wrote (though not, as we've mentioned, the last published).

For a series that spent one novel and ten short stories centered around a bright couple spying and going on adventures, it's surprising how little attention they've received on screen. Maybe it's because their adventures are few and far between - fifty years, one short story collection and four novels, the last of which is considered by many, including daughter Rosalind Hicks, to be Christie's worst. Still, there have been some interesting adaptations: the 1929 silent film Die Abenteuer GmbH, the 1950s radio series starring real-life couple Richard Attenborough and Sheila Sim, a French film franchise from the past decade. But their most famous iteration was as a BBC series in 1983, beginning, as Christie did, with: 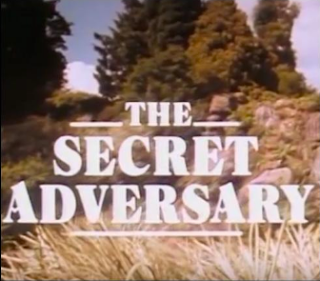 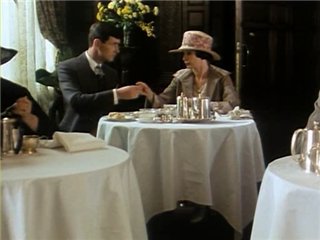 Agatha Christie was not a fan of television, and while she was disappointed with adaptations of her own work in general, she became so frustrated with TV attempts that by the 1960s, she forbade any and all such treatments of her work. But by 1980, she had been dead for four years, and so daughter Rosalind Hicks relaxed this ban - but with some conditions. Namely: don't be so slipshod. Whereas earlier, live productions were prone to mistakes, any new production should be respectful of the material, attentive to period detail, and cast carefully. The first such production approved was Why Didn't They Ask Evans? on the BBC. The telefilm featured luminaries like John Gielgud, character actors like Joan "Not Yet Miss Marple" Hickson, and as the romantic leads, two bright, likable actors who'd impressed before on stage and screen alike: James Warwick and Francesca Annis.

It was a hit with audiences and critics alike, and led to a boom of Christie adaptations: Warwick and Gielgud returned the next year for BBC's The Seven Dials Mystery; a year after that, three telefilms and one miniseries were broadcast on four different networks. But these were all one-offs, stories that could only sustain a single film, and as for the aforementioned miniseries, that was dedicated to Christie's non-series short stories. Surely now the time was right to try it with one of Agatha's regulars!

Thus came The Secret Adversary, the result of a perfect formula: produced by the original Christie adaptors (BBC), starring the leads of the first great success (Annis and Warwick), surrounded by a who's who of British character actors (including Honor "Pussy Galore" Blackman), and starring two characters known to and beloved by readers, with enough adventures to fill a series.

As in the novel, Adversary begins with old friends Tommy and Tuppence meeting up after the Great War and, hard up for money and excitement, suggest advertising themselves as Young Avdneturers - no job too unreasonable to refuse! Through both coincidence and Tuppence's recklessness, they find themselves tasked by a member of His Majesty's Secret Service with finding incriminating documents that, in the wrong hands, could bring England to its knees. Oh, and to unmask the sinister megalomaniac who happens to possess those very hands. In the span of just under two hours, they are kidnapped (separately), they are shot at (separately and together), they fall in love (with each other) and they bring the villain to justice.

The plot is like...whatever, man. It relies a lot on coincidences and, like the best of spy capers, has a lot of *gasp* REVEAL scenes. Red herrings galore. But as fun as they are, the Tommy and Tuppence stories are more about...well, Tommy and Tuppence. 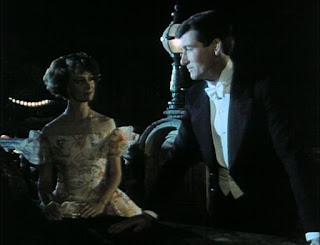 By those standards, The Secret Adversary is a great success. Annis delivers the comic chops and erratic excitement needed for Tuppence - she also gets the quick-thinking cleverness that could fool lifelong spies. Warwick has the less exciting role as Tommy, but he brings the dull logic, approachable dash, and serious game face - he's the perfect complement to Annis. The only real issue, and it's very slight, is that they're both about a decade too old for the roles.

Which is why it's a good thing, probably, that they were quickly back! One week after the premiere of The Secret Adversary, BBC debuted a new television series: Agatha Christie's Partners in Crime. And we'll talk more about that tomorrow.