True Stories and Other Tales

In which every other film reviewed here is inspired by a true story.

Band of ninjas take on, then team up with, their ultimate nemesis, who happens to be their leader's dad. Mines the traditional father-son dynamic for comedy, but it's also bothersome, implying that a woman could never do "dad" things like play catch or drive a car. Despite legitimately funny gags, it's the first of the LEGO movies to feel forced, phoned-in.

True story of Jeff Bauman, who lost both his legs in the Boston Marathon bombing. Damn fine acting from Jake Gyllenhaal, not shying away from the protagonist's childishness, and Tatiana Maslany as his on-again, off-again caregiver/girlfriend. Both are mowed down by Miranda Richardson as his tough-talking, hard-drinking mother, who seems to find a purpose in being the mother of an almost-martyr; imagine if Mary brought a Bible around everywhere she went so she could tipsily tap it and go, "You know who this is about?" I was transfixed by her performance.

I'm not sure what the movie wants me to feel by the end, though. For two hours, it confronts the American obsession with making heroes out of victims, our insatiable need to throw survivors on the media hype pyre. Yet by the end, his acceptance of himself as a symbol allows him to find a sense of responsibility lacking in his life? I guess. Doesn't quite reach the Flags of Our Fathers level of discourse regarding Americana.

Thoughts on Battle of the Sexes, Good Time, Home Again, and more...after the jump 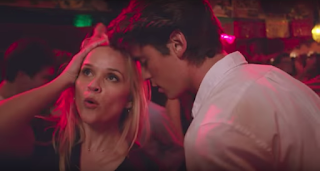 This movie stars Reese Witherspoon. It had a theatrical release. I don't know how either of those things happened. There's no real story, or conflict, or acting, or anything resembling human behavior. But I'll tell you what: I've rarely seen a movie this at home in its own crazy. Highly recommended - you have to see it to believe it, but don't pay for it. My date bought my ticket, sucker. 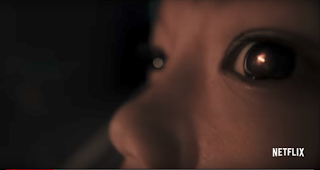 First They Killed My Father
dir: Angelina Jolie
scr: Jolie & Loung Ung, based on the book by Ung

An engrossing drama about the Khmer Rouge atrocities, seen through the eyes of a five-year-old girl. Surprisingly watchable, despite not shying away from the brutality of the situation. Some jaw-dropping compositions, including a recurring motif of an ambivalent God's POV - sometimes comparing the forced movement of refugees to the cattle on the other side of the road. Sareum Srey Moch is spellbinding in the lead role; the father of the title is empathically portrayed by Phoeung Kompheak. Genuinely highly recommended.

Follows a moronic thief as he attempts to free his mentally-challenged brother from jail, or gather up enough money to do so. He's clearly in over his head, no matter how much he tries to posture otherwise, and the filmmakers aren't sanding any edges. Fascinating, and pretty icky, depiction of race relations, as our "hero" consistently exploits, scapegoats, and abuses black immigrants. Great song in the end credits. An exhausting, exhilarating watch.

Protesting student activists, unarmed civilians beaten and murdered by uniformed troops, a censored press, a foreign journalist who must document everything in secret. A timely film. Song Kang-ho turns in another perfect performance as the apolitical cabbie, presenting ignorance without condescension, courage without heroism.

The Sense of an Ending
dir: Ritesh Batra
scr: Nick Payne, based on the novel by Julian Barnes

An ultimately moving film about what we remember, how we remember it, actions we forget that others hold with them... Great performances from Jim Broadbent, Charlotte Rampling, and especially Harriet Walter, who shows how much life an actor can breathe into a character whose main role is Listener. A little slow, though - I checked the time more than once.

This also might be the best performance Emma Stone has given, as it not only fits right in her light comedy wheelhouse, but allows her to play the complicated co-plot (nothing sub about it!) of a woman realizing and accepting her love of other women. In this, she is aided by her comfortable chemistry with Andrea Riseborough, the sensuous camerawork of Linus Sandgren, and of course the score by Moonlight composer Nicholas Britell, who has perfected the sound of time stopping as your heart beats faster. There's even an original song by Sara Bareilles!

An intimate portrait of a corner of South Central the day the LA Riots begin. Justin Chon is a promising director and a fine actor; you cannot doubt his passion and sincerity. He surrounds himself with great talent, including an impressive debut from Simone Baker and scene-stealing work from David So. I'm genuinely excited to see what Chon does next.

Email ThisBlogThis!Share to TwitterShare to FacebookShare to Pinterest
Labels: 2017, A Taxi Driver, Battle of the Sexes, First They Killed My Father, Good Time, Gook, Home Again, reviews, Stronger, The LEGO Ninjago Movie, The Sense of an Ending, 택시 운전사