All month long, we're celebrating the Queen of Crime as she and her works appeared on screen, with a grand finale of five Murder on the Orient Expresses the first full week of November. Today, and all this week, we're looking at the main source of her bread and butter, the little Belgian himself, Hercule Poirot.

The fussy little man with the egg-shaped head, effete manner, and impressive mustache made his debut in Christie's first detective novel, 1920's The Mysterious Affair at Styles. He would eventually star in over 40 novels and short story collections, as well as an original play, Black Coffee, over a period of 54 years.

Yet as popular as he was and is, he's had surprisingly little representation on screen. To date, only eight films featuring Poirot have been released. The first three, released between 1931 and 1934, were produced in England and starred the tall, handsome, cleanshaven Austin Trevor, and have since been considered lost. It would be another 30 years before someone else would take on the mantle...and the results were very unexpected....

Read on, after the jump. 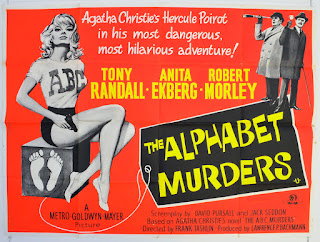 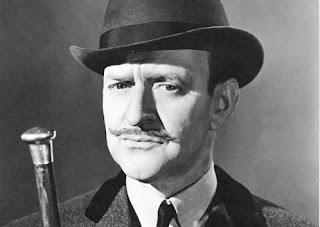 The Alphabet Murders is loosely based on The ABC Murders. In the novel, Poirot and Hastings are on the trail of a serial killer targeting people alphabetically - Alice Ascher in Andover, for example. In between Hastings' narrative, we get to know an unassuming man named Alexander Bonaparte Cust, who always seems to be around when a murder is committed.

The film takes the framework of that idea and...tweaks it. Poirot is no expatriate, but a tourist who can't conceive of London hosting a murder (!). Hastings is not a longtime friend, but a bumbling agent of Her Majesty's Secret Service assigned to protect Poirot. All the murders take place in London, and as evidenced by the title, they maintain an ABC framework - the first victim is Albert Aaschen, the aquaclown. And instead of the introverted Alexander Bonaparte Cust, we get Amanda Beatrice Cross, a wild, leggy blonde played by La Dolce Vita's Anita Ekberg. 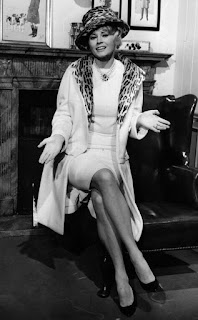 So, no, it's not the novel. It's not even in the spirit of the original author's work, and it has no intention of being so. The Alphabet Murders is the fifth in MGM's string of Christie comedies, and the first to feature Hercule Poirot. The previous four were all Miss Marple features (though two of them were based on Poirot books), and boy did they get cinematic. Gone was the Miss Marple of the novels, sitting and knitting and gossiping. This Miss Marple fenced, rode horses, went undercover, acted onstage, had her own chemistry lab - she was action, adventure, and wry comedy.

This Poirot continues in the same spirit, and it all starts with the casting: Tony Randall, best known at the time for his supporting roles in Rock Hudson-Doris Day comedies. Randall, despite an inconsistent accent, maintains his dignity - Poirot is still a fussy, conceited little priss with a penchant for eavesdropping and a weakness for food. But in that true MGM-Christie spirit, his Hercule is a proud ladykiller, hides in car trunks, bowls perfect strikes, scales buildings and fire escapes to evade policemen. There is no time for the little grey cells, but that's all right - the only truly unforgivable scene is Poirot going to a sauna...and allowing his moustaches to droop! 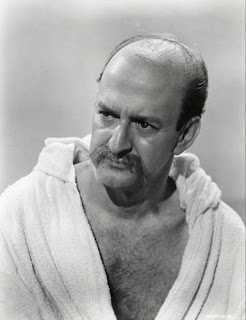 The Poirot movie franchise was dead on arrival, and MGM's franchise of Christie flicks was over. It would be another nine years before Hollywood tried again with Murder on the Orient Express - and that film's new approach, and surprise success, led to a new wave of big-screen Christeries...as we'll see tomorrow.